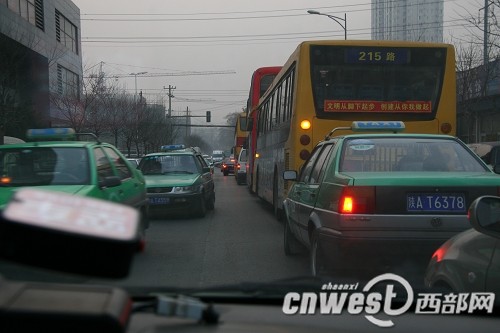 Just when Chinese state media starts ranting against caps on car purchases another city is working on doing just that. ChinaDaily reports:

[] The northwest metropolis of Xi’an may become the fifth city in China to impose restrictions on car purchases to improve traffic congestion. A draft proposing to control the number of motor vehicles in the capital city of northwestern Shaanxi province will be released for public opinion in August, According to China Business News.

No specific details on the car purchase restrictions have been released, but the draft shows the municipal government’s clear intention to clamp down on more vehicles.

The decision follows a report on traffic congestion issued by the government in early July, which said the number of private cars should not exceed one million during the 12th Five-Year plan (2011-15). Certain groups and institutions will be excluded from the vehicle cap.

Xi’an will be the fifth city on the Chinese mainland to limit car purchases after Beijing, Shanghai, Guangzhou and Guiyang. []