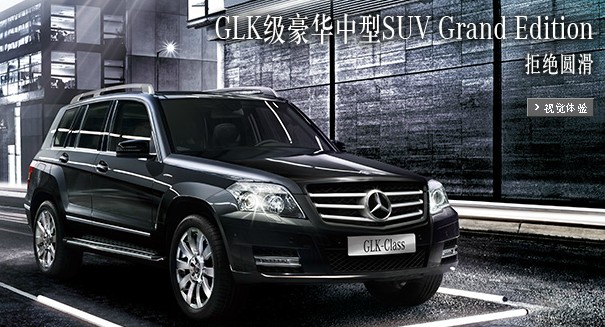 Mercedes-Benz intends to further integrate its sales organization and accelerate its expansion in China, as it strives to grab a bigger share of the country’s promising luxury vehicle segment.

“We have made progress in integrating selected sales and marketing functions, and we are positively making efforts on further integration,” said Klaus Maier, president and CEO of Mercedes-Benz (China) Ltd. “Our dealers and partners do appreciate our plan for further integration.”

The local market performance of Mercedes-Benz over the past two years experienced challenges from operating separate sales management of its imported and locally produced vehicles, controlled respectively by Mercedes-Benz (China) Ltd and its local joint venture Beijing-Benz Automotive Co Ltd with BAIC Group.

Dieter Zetsche, chairman & CEO of Daimler AG once mentioned, the first step of integration would be “setting up a virtual integrated sales organizations”. And the company is determined to take next steps towards that further integration.

“Every Mercedes dealer is already facing only one district manager for both imported and locally produced vehicles, which will definitely have a positive impact on our performance in our third-largest market,” said Maier, indicating that the process of unifying its sales company has made some progress.

The German luxury vehicle producer said last year that it will establish a new sales company with its local partner BAIC Group, to integrate it sales operations.

Hong Kong-based Lei Shing Hong, which owns more than 50 Mercedes dealerships in the mainland, will retain a 25 percent stake in Mercedes-Benz (China) Ltd.

However, Maier did not disclose the financial details of the agreement. He said that the additional equity injection will be used to finance further Mercedes’ sales growth, as well build new training centers providing support to dealers.

The company recently inaugurated its fifth training center in Xi’an, following those in Beijing, Shanghai, Guangzhou and Chongqing.

“A high quality unified sales organization is fundamental for our long-term development in the world’s largest vehicle market,” said Maier.

He added that from this year, Mercedes is speeding up its sales network expansion from its previous plan to add 20 to 25 dealers a year to open 40 to 50 new dealerships annually.

“By the end of this year, we will have more than 250 dealerships around China,” said Maier.

“And we are going to more third- and fourth-tier cities to explore more potential.”

He admitted that although Mercedes’ growth rate in fourth-tier cities was much higher than those in first-tier cities, “our major sales are coming from big cities, currently”.

However, “going to smaller cities is the base for our future success and long-term development”, said Maier.

To better manage its growing network of dealerships and to get closer to its customer base, Mercedes has expanded its business coverage with four regional offices in Beijing, Shanghai, Guangzhou and Chengdu, with the latter opening officially later this month.

Maier attributed the slowing growth this year from 115 percent in 2010 and 31 percent in 2011, to the short supply due to generation upgrade of its M-Class and B-Class models, as well a factory shutdown for six weeks to prepare for the launch of locally produced new GLK sports utility vehicles.

“We are confident that the overall market will witness a more positive trend by the end of this year or at the beginning of next year. In addition we will have a higher supply of our new products like the new B-Class and the M-Class luxury SUV to our local customers,” said Maier.