Unease over new limits to car registrations in Guangzhou 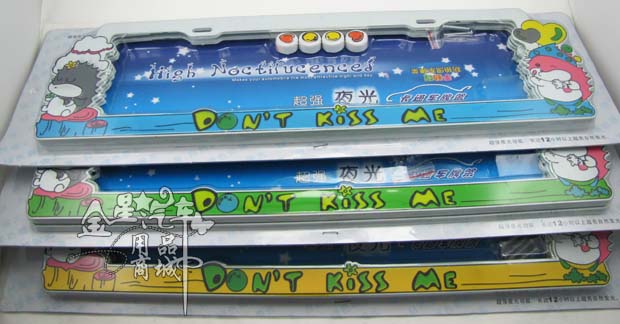 China’s southern metropolis of Guangzhou began to limit car registrations through a license plate lottery and auction this week, triggering concerns over the fairness and validity of the policy.

In order to treat the worsening problems of traffic and air pollution, Guangzhou announced last month that it would allocate the city’s annual 120,000 new car registration quota through the lottery and auction models.

A total of 5,640 applicants were awarded plates at Monday’s lottery, and the average bid for a license plate for a private car stood at 22,822 yuan (3,622.54 U.S. dollars) after the auction on Tuesday.

Some celebrated the policy, calling it a timely remedy for the city’s traffic woes, while others have complained that the restriction fosters inequality.

“Zhongchewang” wrote on Sina Weibo, a micro-blogging site, that the car restriction improves traffic at the expense of the people’s rights to own and use cars.

“The license plate auction is a mechanism in favor of the better-off, which is unfair to ordinary consumers,” wrote “Jinming.”

The winning rate for Beijing’s car registration lottery dropped to less than 2 percent in August, with more than 1.05 million applicants vying for only 19,926 plates.

Chen Rugui, deputy mayor of Guangzhou, said traffic congestion and the city’s rapid growth in car ownership have forced the government to come up with the restriction.

In May, the city had a total of 2.405 million auto units, 2.5 times the number five years ago, marking an annual growth rate of 19 percent, according to the local government.

Meanwhile, many have also been critical about the effects the license plate lottery and auction will have on improving traffic.

“James1968” wrote on Sina Weibo that the lottery and auction policy is just a temporary solution, and the root cause of gridlock is flawed road planning and inefficient transportation management.

Wu Song, general manager of the passenger vehicle unit of the Guangzhou Automobile Group, said the most effective ways to improve traffic and air quality are to develop public transportation options and promote the use of low-emission cars.

Proponents of the lottery and auction policy argue that it is the easiest and most direct way for the government to address traffic problems for the time being, and the restrictions will have immediate effects.

Meanwhile, the local government of Guangzhou said it will also take other measures to improve the city’s traffic issues.

Deputy Mayor Chen said the city plans to invest 270 billion yuan over the next four to five years to improve transportation infrastructure construction, in a bid to realize the goal of having 70 percent of the city’s residents choosing public transportation options.

However, experts and industrial insiders have expressed concerns that the car restrictions will hit China’s slowing auto industry.

Jia Xinguang, an independent auto industry analyst in Beijing, said, “The car restriction in Beijing has affected 3 percent of the growth in the amount of cars nationwide, and Guangzhou’s restrictions will affect 1 percent. The car market will be squeezed if more cities follow suit.”

Guangzhou is the fourth city to cap small passenger vehicle registrations after Beijing, Shanghai and Guiyang, and many experts suspect that more big cities will adopt similar measures in the future.

China outpaced the United States as the world’s largest auto market in 2009. It is estimated that the planned production capacity of China’s 30 major automakers will reach 40 million vehicles by 2015.

However, the country’s auto industry growth has slowed on the heels of the country’s economic slowdown. According to a report from the China Association of Automobile Manufacturers, in the first six months, sales of commercial vehicles slumped 10.4 percent from the same period in 2011, suggesting unusually weak industrial activity.

Chen Qingtai, a researcher with the Development Research Center of the State Council, said the country has entered an “auto era” and it should give some consideration to the auto industry when it makes blueprints for economic and social development.