Patent Applied: is this the production version of the Jaguar C-X75?

The Chinese interwebs are red hot with pictures from what appears to be the production version of the upcoming Jaguar C-X75 hypercar. The pictures where leaked, or so the stories say, from the China patent office, which indeed is well known for its notoriously leaking anything. 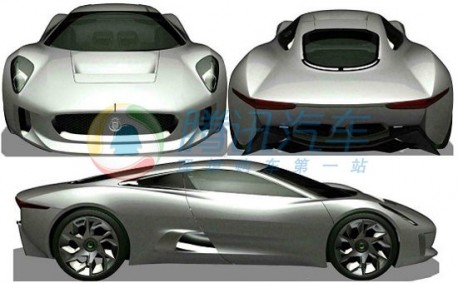 The car on pics loox very much similar to the concept car which could mean this actually is the concept car or it could mean we can all be very happy. Paten applications for production versions however usually have things like the mirrors in place, which this car hasn’t. But at least we know for sure Jaguar will bring the C-X75 to China, otherwise a patent application would be useless, and that is definitely a good thing.