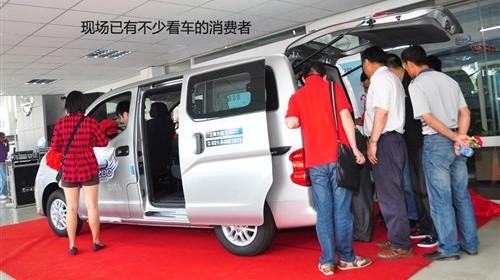 Carlos Ghosn, chief executive of Nissan, has warned that a protracted breakdown in relations between Japan and China could slow his company’s aggressive expansion into the Chinese car market, which Nissan has come to rely on for one-quarter of its sales.

In an interview with the Financial Times, Mr Ghosn said Nissan’s current investment plans, such as a factory in Dalian that is to be built in 2014, would go ahead despite a consumer backlash in China against Japanese car brands that has led to a sharp fall-off in demand.

But he cautioned that additional commitments would “be subject to a lot of scrutiny and analysis, and a little bit of time.”

“Certainly beyond what we have decided, before going for further decisions in China, we will be very careful in assessing how much of an impact [the political situation] has on consumers’ minds,” he said. “You want to know how much of a recovery we’re going to have and how the relationship between the two countries – what kind of direction it’s taking.”

All of Japan’s carmakers have been bruised by the de facto consumer boycott, which arose out of a diplomatic dispute between Tokyo and Beijing over the possession of a group of islands in the East China Sea. The islands, called the Senkaku in Japan and the Diaoyu in China, are controlled by Japan but claimed by China.

Nissan’s sales in China tumbled 35 per cent in September compared with the same month a year earlier. The fall was the narrowest among Japan’s top three carmakers – Toyota’s sales plunged 49 per cent and Honda’s 41 per cent – but the impact on Nissan is greater because it makes a higher ratio of its sales in the country.

Toyota sells only about one in ten of its cars in China, compared with one in four for Nissan before the recent dive.

Mr Ghosn, who was speaking on the sidelines of the Nikkei Global Management Forum, acknowledged that Nissan could miss its global sales volume and earnings targets for the accounting year ending in March as a result of the problems in China.

“If I was telling you that we can make our sales target and our profit target independently of the heavy hit we took in China, you’d be surprised,” he said, adding that he was prevented from giving more details ahead of Nissan’s second-quarter earnings announcement next week. “This is the largest market in the world.”

Honda, which reported quarterly results on Monday, cut its projection for full-year net profit by 20 per cent and reduced its global sales estimate by 180,000 units, also citing problems in China. Nissan will unveil second-quarter results next week.

Mr Ghosn said he remained committed to Nissan’s basic strategy of expanding its presence in China, and was still “very comfortable” with the company’s five-year target of raising its market share to 10 per cent, from 7.5 per cent as of the first quarter of this year.

But he said the furore highlighted the importance of nurturing new markets in places like Russia, India and southeast Asia.

“This is going to be another incentive to develop other engines of growth for your company, that you cannot too much rely on one particular market,” he said.