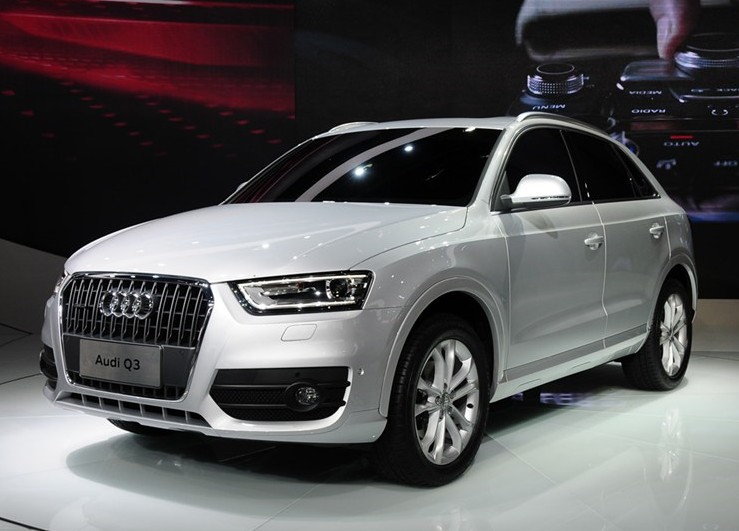 The China-made Audi Q3 debuted on the Guangzhou Auto Show, it will be launched on the Chinese auto market next year. The Audi Q3 is made in China by the FAW-Volkswagen joint venture, price will start around 300.000 yuan. The Q3 is the second SUV Audi makes in China after the Audi Q5 that was launched in 2010. 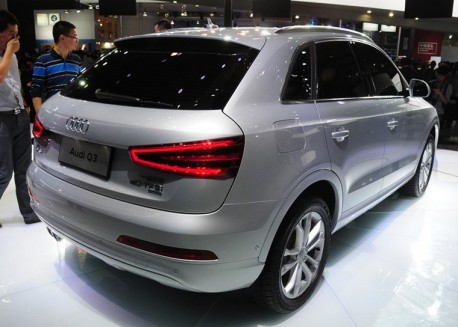 Just like all new Audi’s in China, the Q3 gets some new names. The 2.0 TFSI will be the only engine available. The version with 170hp will be called ’35 TFSI’ and the version with 211hp will be called ’40 TFSI’. Chinese media are talking about rumors concerning a 1.8 TFSI for the China-made Audi Q3, which would bring the price down to some 270.000 yuan. The Audi Q3 is currently imported into China and too expensive compared to the locally made BMW X1, price if the imported Audi Q3 starts at 377.000 yuan.