Ford sales in China up 56% in November 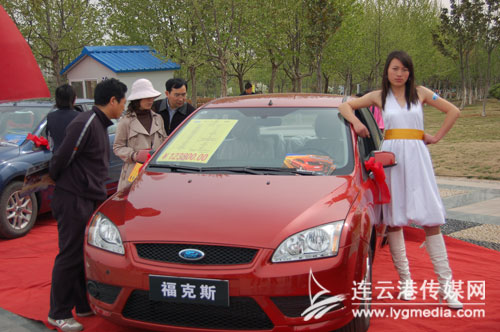 Ford China broke sales records for a third consecutive month in November. Led by strong sales of the Ford Focus (including the Ford Focus Classic) -the best-selling passenger car in China from August through October-Ford sold 67,505 wholesale vehicles last month, a 56 percent increase compared to November 2011. With a record November, Ford China’s year-to-date sales are now up 18 percent.

“We’re grateful that so many Chinese consumers appreciate the value, performance and technology of the Focus, making it the best-selling passenger car in the world’s largest auto market,” said John Lawler, chairman and CEO of Ford Motor China. “Our plan to introduce 15 new vehicles by 2015 is on track, and with the launch of the Ford Kuga and EcoSport SUVs, we’re going to make more inroads into China’s fastest-growing segment as we work to double our production and retail capacity by 2015.”

Ford passenger car sales-which include the imported Ford Edge-continue to grow, up 74 percent in November with 51,602 wholesale cars sold.

With strong sales across its portfolio, Ford’s passenger car joint venture in China, Changan Ford Automobile Ltd. (CAF) also had a record month. CAF sold 50,423 wholesale cars in November, up 71 percent compared to November 2011 and up 27 percent for the year.