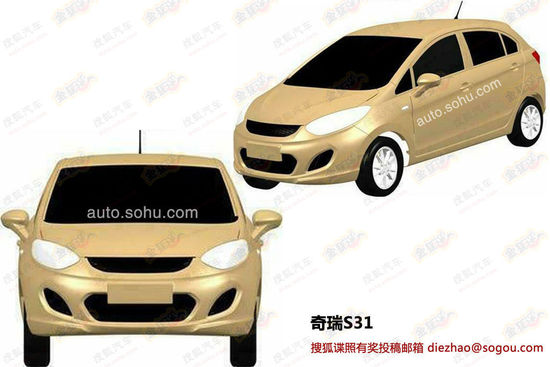 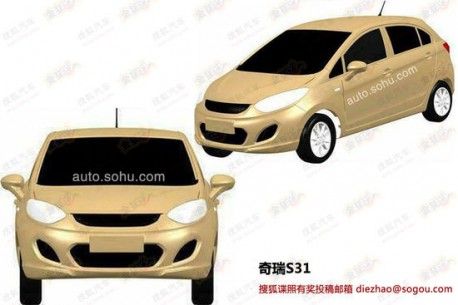 Patent drawings of a car we know as the Chery E2 hatchback, code named S31, and based on the Chery E2 sedan. New reports in Chinese media indicate the hatchback will be sold as a separate model called ‘Chery E1’. Both vehicles will be launched on the Chinese car market later this year, debut is expected for the Shanghai Auto Show in April. 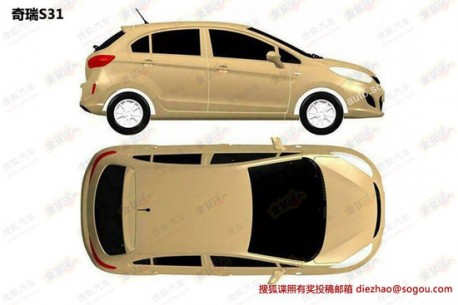 Patent drawings show a modern little car with original lines, but very exiting it is not. Price is expected to start from around 60.000 yuan. Power will come from 1.3 and 1.5 liter petrol engines, mated to a 5-speed manual or a CVT. Platform is likely a smaller version of the platform that underpins the Chery A3. 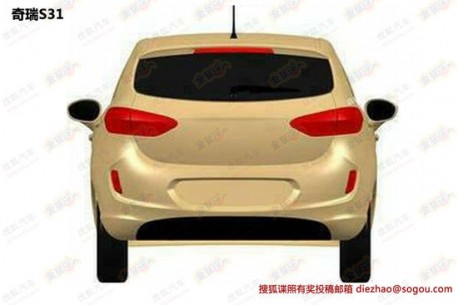