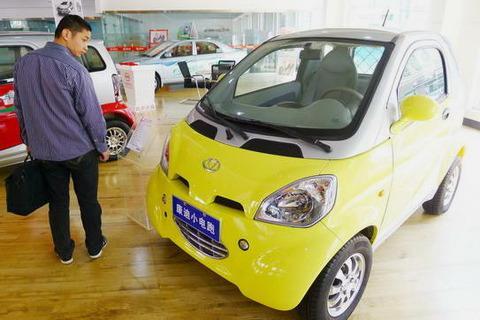 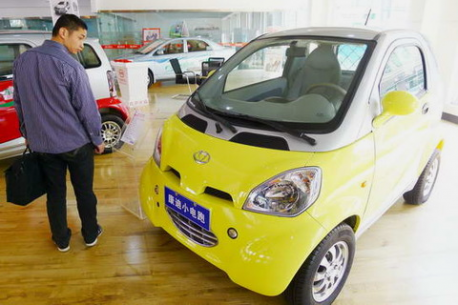 Shanghai Maple Guorun, a subsidiary of Zhejiang Geely, said that it has signed an agreement with Kandi Vehicles to set up a 50-50 joint venture for electric vehicles.

With registered capital of 1 billion yuan ($160 million), the joint venture will engage in the investment, research and development, production, marketing and sales of electric vehicles on the Chinese mainland.

The venture will not become a subsidiary of Geely or Kandi, and its financial results will not be consolidated into the financial statements of either groups or their respective subsidiaries, Geely Automobile Holding Ltd said in a statement to the Hong Kong Stock Exchange.

“The cooperation with Kandi Vehicles, subsidiary of Nasdaq-listed Kandi Technologies, is a carefully considered integration of both parts’ advantages on technologies and models in the new-energy vehicle sector,” said Yang Xueliang, a spokesman for Geely.

“As a company that has always been putting heavy investment and efforts in electric vehicles, a sector in which we see huge potential, Geely took a fancy to Kandi’s smaller-sized, low-cost and low-speed electric vehicles,” Yang said.

Yang adds that though Geely has launched its pure electric vehicle models EK-1, EK-2 and plug-in hybrid cars EC7, EC8 in recent years, sales to private customers are still at a standstill.

“We have been one of the first companies to receive sales licenses from the Ministry of Industry and Information Technology. However, the market demand did not break the ice yet,” Yang said. “The immature market for electric vehicles and lack of related infrastructure are bottlenecks that block the sector.”

However, “we believe that electric vehicles will be a major solution for the automobile industry to tackle the current energy and congestion challenges”, added Yang.

Statistics from the China Association of Automobile Manufacturers show that in the first three quarters of 2012, China only sold 3,000 electric vehicles, the majority going to government and corporate customers.

The current situation made the industry worry about the country’s positive attitude and high expectations in its 12th Five-Year Plan (2011-15) for new-energy vehicle development.

The State Council in July called for the automobile industry to move quickly toward a low-emission future, setting a goal of 500,000 units in production and sales of pure-electric and plug-in hybrid vehicles by 2015 and a total of 5 million vehicles by the end of the next decade.

Seeing the government’s determination, Chinese companies are busy involving themselves in the sector by developing new models and technologies.

China’s Anhui Jianghuai Automobile Co Ltd said recently that it aims to be the top Chinese maker of electric vehicles with a target of annual production of 100,000 vehicles by the end of 2015.