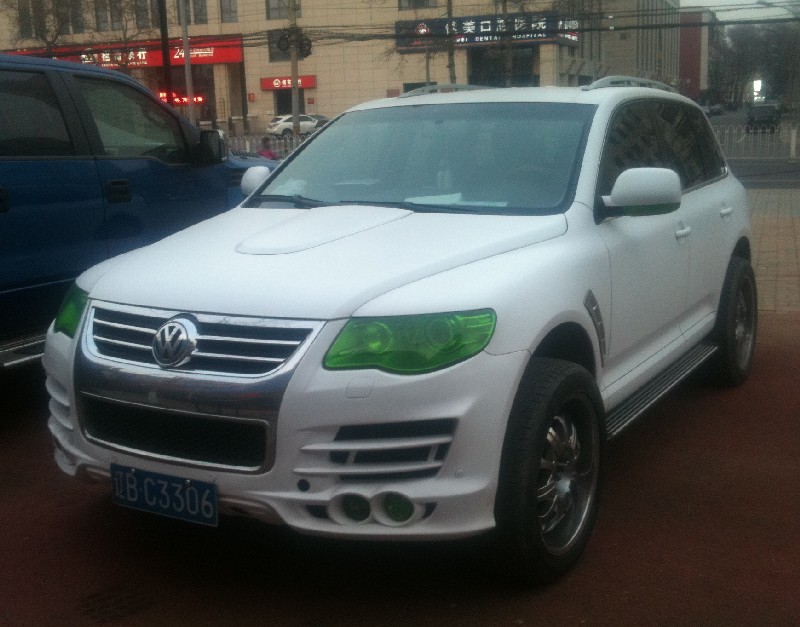 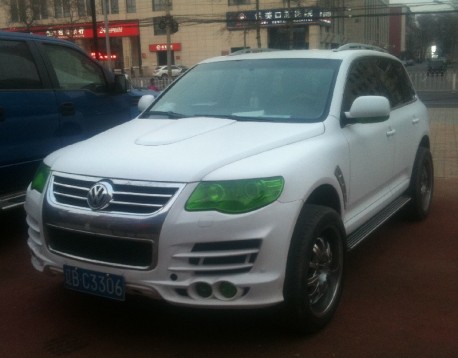 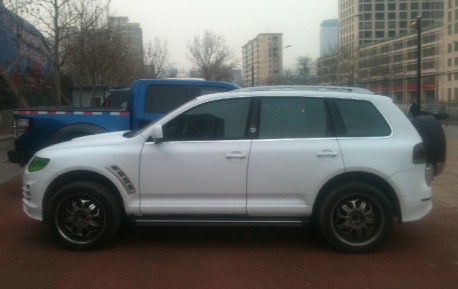 The Volkswagen Touareg King Kong Crew Member Edition was only available on European markets. Special features included 19-inch alloys, silver-colored front and rear underbody guards, silver roof bars, silver-look side-view-mirror housings and “King Kong” badging on the B-pillars. This particular vehicle in Beijing was made even more special with green lights, a body kit, and fake air vents behind the front wheels. The 19-inch alloys were gone, being replaced by extremely wide tires with even madder alloys. The silver-look side-view-mirror housings were gone too, being replaced by white examples. 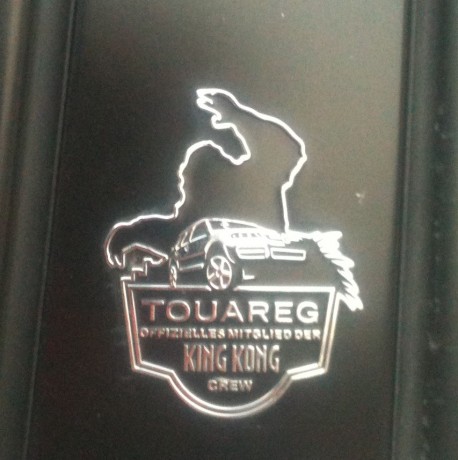 The badge. The text is in German, indicating it was originally sold in Germany. How it ended up in China is a bigger mystery than the origins of King Kong, because by today we all know where he came from! 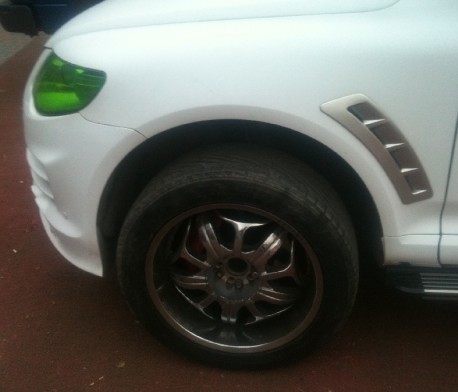 Green lights are good for scaring flies away from chrome grille. Fantastic alloys can be used as assault weapons, sharp as paper, hard as steel, will kill apes. 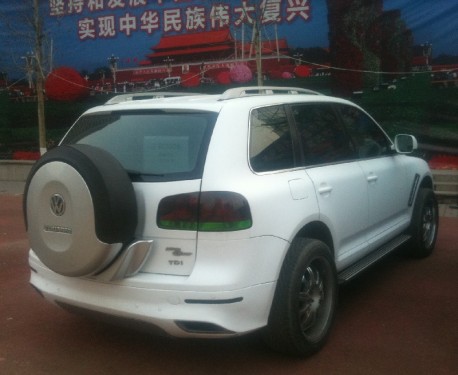 TDI badge, thus a diesel engine. Diesels for passenger cars are forbidden in Beijing but this Touereg has license plates from Liaoning Province in the wild north-east, where nothing is forbidden and everything allowed. Spare wheel is another addition, it wasn’t part of the King Kong Crew Member Edition’s set of things. 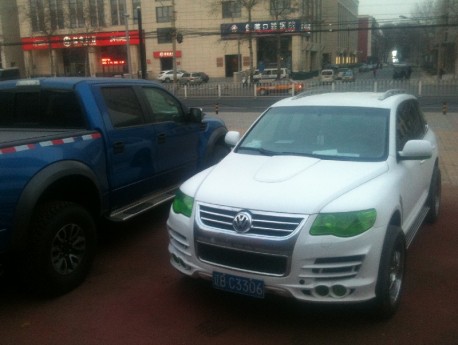 The Volkswagen Touereg is considered a big car, but it loox very small parked too close to a Ford Raptor, which is anyway far more dangerous than King Kong. Battle on!