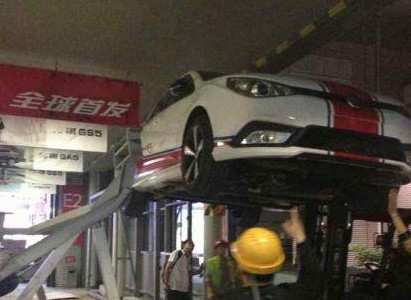 The very first pictures of the new MG5 Sport Edition that will debut later this week on the Shanghai Auto Show. The vehicle was seen during the build-up of the MG booth in the exhibition hall. The MG5 Sport Edition will be powered by a new 135hp 1.5 turbo mated to a six-speed DSG. 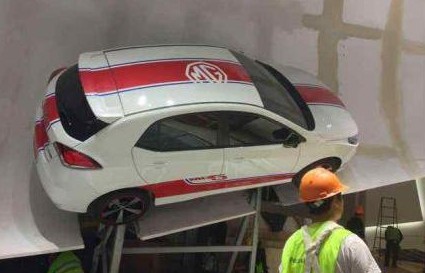 Racing stripes are very cool and will hopefully be standard. On earlier spy shots we saw the MG Sport with a sunroof, located almost exactly on the MG-logo. Well, you can’t have all… The MG5 Sport Edition is further sportified with a fatass body kit and racy 5-spoke alloys.