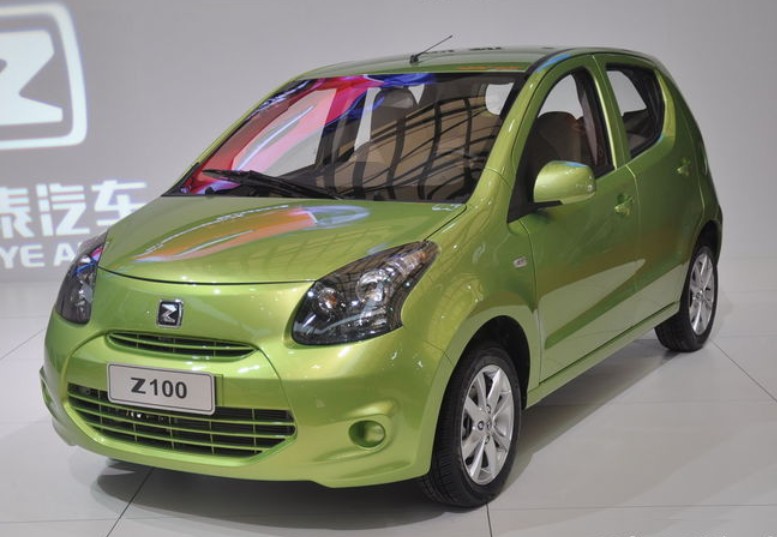 The Zotye Z100 has been launched on the Shanghai Auto Show, painted in trendy green but electric it ain’t. The Zotye Z100 is a new mini-hatchback that will hit the Chinese car market later this year. Price will start around 24.000 yuan and that will make the Z100 one of the cheapest new cars on sale in China. 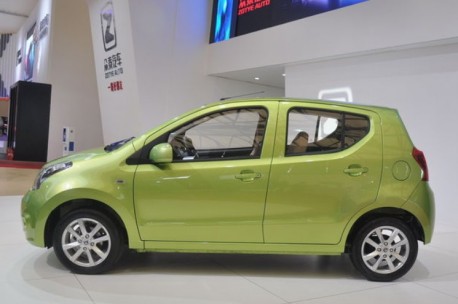 The Zotye Z100 will be powered by a 1.0 four-cylinder with 56hp, mated to a 5-speed manual or a 4-speed automatic. The addition of the automatic will help sales very much, especially among first-car buyers. The Zotye Z100 will compete with fine cars such as the BYD F0 and Chery QQ. 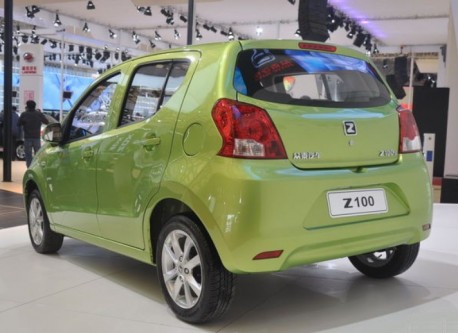 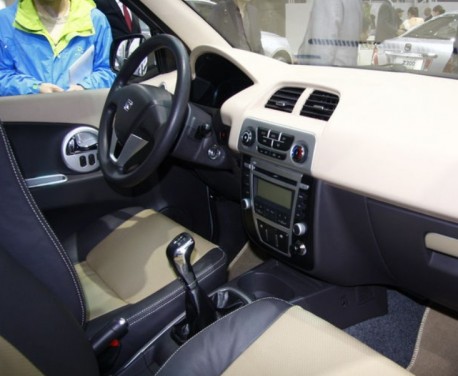 Simple design, but the materials don’t look too cheap. 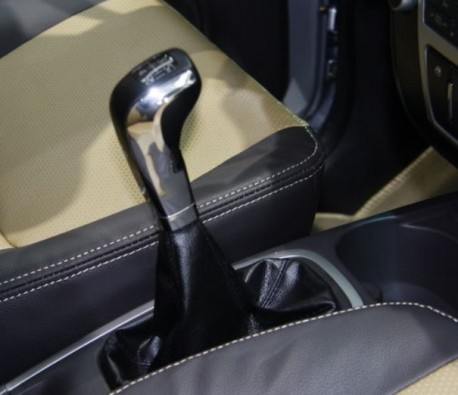 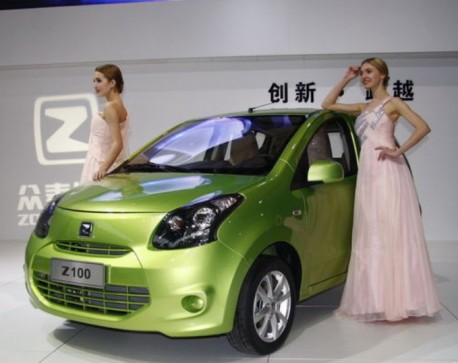 …getting the babes on board.