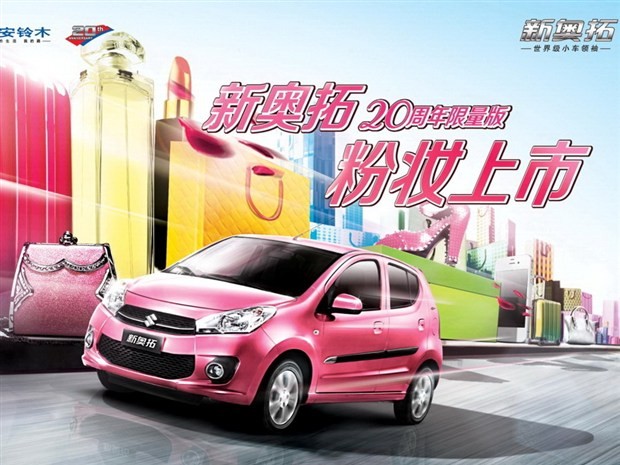 The Suzuki Alto 20th Anniversary Edition has been launched on the China car market, price starts at 52.400 yuan and ends at 61.400 yuan. Best thing: it comes only in Pink! The pinky special edition celebrates the 20th birthday of the Chang’an-Suzuki joint venture that started making the second generation Suzuki Alto in June 1993. 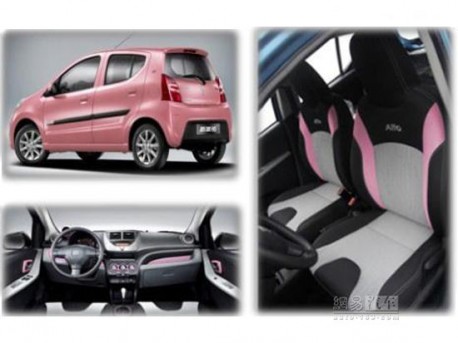 Other special thingies include: rubber strips on the doors, a rear spoiler, pink-themed interior, and several ’20th anniversary’ badges. We hope to show you live pics soon. The Alto is powered by a 1.0 liter four-cylinder with 71hp and 92nm, mated to a 5-speed manual.

Suzuki is in a very festive mood for the anniversary, they are also working on a special edition Swift, which is more sporty than pink.