Dongfeng-Honda will launch six new Cars in China by 2015 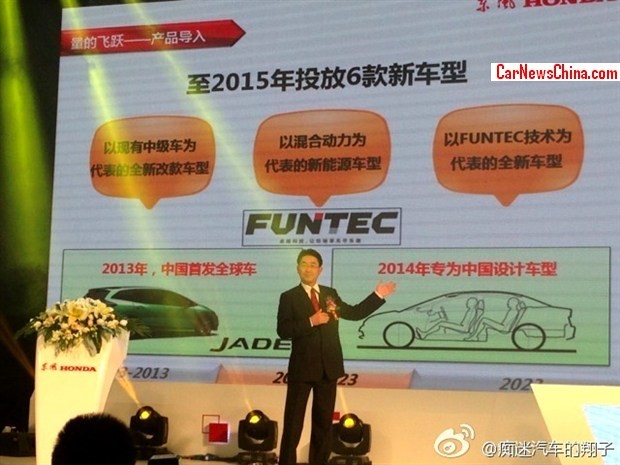 Dongfeng-Honda has announced big plans for the China car market. The joint venture wants to launch six new cars in China by 2015, and it wants it to increase its annual sales from 280.000 today to 500.000, again by 2015.

The six cars: number one is the new Honda Jade MPV, the production version will debut on the Chengdu Auto Show in September and it will hit the market in September too.

Number two is a new mid-size sedan that will be launched on 2014, likely based on the platform of the current Honda Spirior.

Number three and four are hybrid vehicles, based around a new manufacturing process called ‘Funtec’, which is aimed at developing Honda hybrids locally in China.  When the hybrids will debut is yet unclear.

Car number five and six are completely mysterious at the moment. More as we get it…