Acura to start production in China in 2016 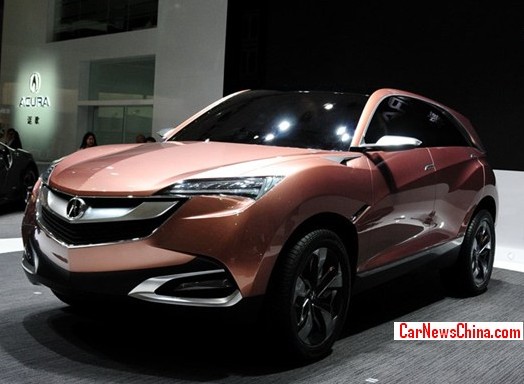 Production of Acura in China will start in 2016 at the existing Guangzhou-Honda joint venture. The first car will be an SUV based on the Acura SUV-X concept that debuted on the Shanghai Auto Show in April.

The SUV will compete with locally produced premium vehicles such as the Audi Q3 and the BMW X1. The second car is expected to be the Acura TL sedan which is based on the 9th generation Honda Accord which will be made by Guangzhou-Honda as well.

Acura currently imports its whole range into China, the cars are thus expensive and sales are slow. Local production will bring the price down with about 20%.