Spy Shots: FAW-Xiali T102 seen in the Factory in China

A new spy shots showing the new FAW-Xiali T102 SUV in the factory, indicating that mass production is eminent. The T102 was expected to debut on the Shanghai Auto Show in April but didn’t show, debut is now expected for the Guangzhou Auto Show in November. 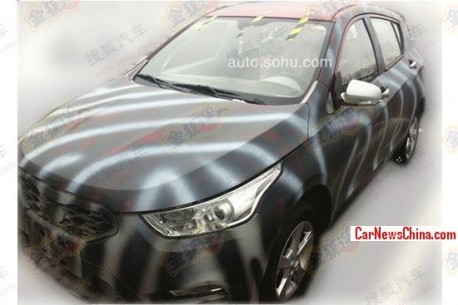 Test car with a rather fancy matte black wrap. Wheels look awfully small. Power will come from a 1.5 with 100hp and a 1.8 with about 125hp, exact number yet unknown. priced will range from around 60.000 to 80.000 yuan. The T012 will be made by Tianjin-FAW-Xiali, an FAW subsidiary that also makes the Xiali N3, the Xiali N5 and the new Xiali N7.