Spy Shots: double Hongqi L5 on a Truck in China 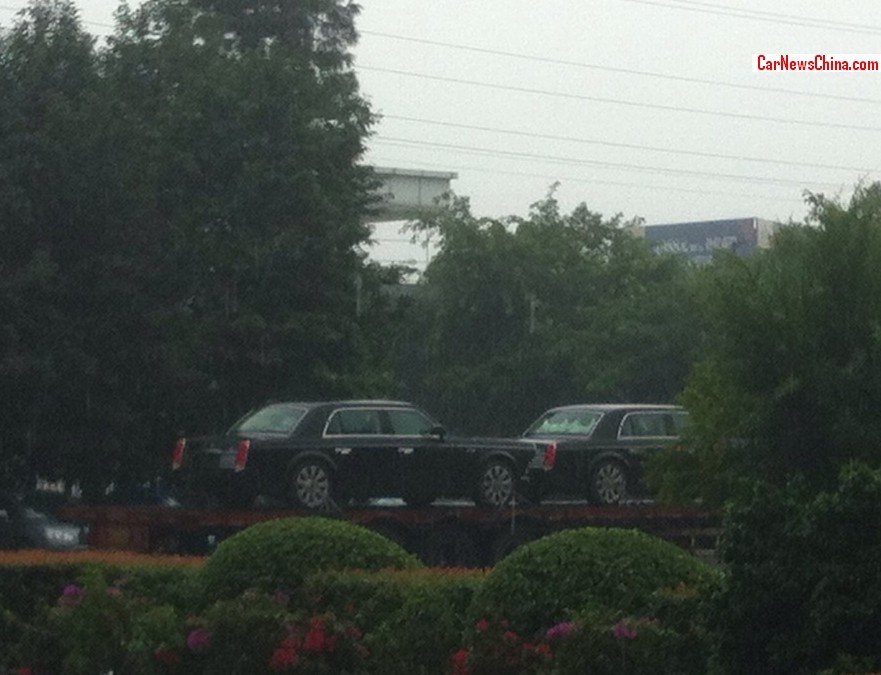 Two Hongqi L5 limousines seen on the back of a flatbed truck in the great city of Chengdu in Sichuan Province, likely in town for a mountain-test program. Chengdu is the largest city in China’s west and surrounded by high and harsh mountain ranges. 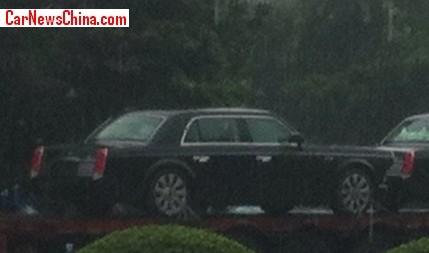 The government-version of the Hongqi L5 was launched for official duties during the visit of French President Hollande in late April and it  debuted in April on the Shanghai Auto Show.

The civilian version of the Hongqi L5 will compete head-to-head with Bentley and Rolls-Royce, it will be launched on the China car market in 2014, official debut is expected for the April 2014 Beijing Auto Show.

Will wealthy Chinese buy this over a Ghost or Flying Spur? For the brilliant looks and famous-in-China heritage; yes definitely. But the seriously underpowered engine will let it down. Hongqi better screwl a supercharger on that V12!