First BYD Qin seen on the Road in China 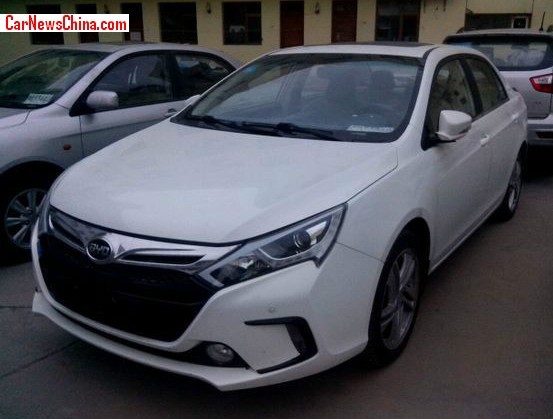 The very first BYD Qin hybrid we see on the road in China, seen in the great city of Shenzhen in Guangdong Province. The Qin has temporarily license plates behind the windows, indicating this is a test car. The Qin was expected to hit the China car market this month, but it seems launch has been delayed to a moment in time later this year. 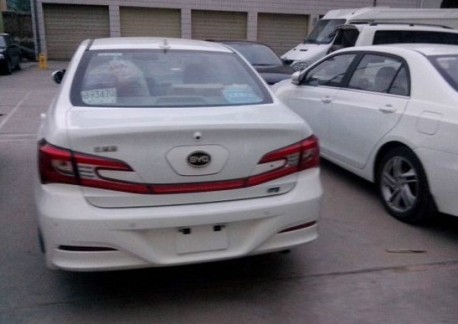 Made detailing made it to the production version, BYD showing some guts here, and we like.

The Qin is powered by a hybrid drivetrain consisting of a 1.5 liter turbo four cylinder petrol engine and an electric motor. Combined output is an impressive 315hp and 440nm, making the Qin the most powerful mass-market hybrid passenger car on earth. Top speed is 185km/h and 0-100 takes 6.9 seconds. The 1.5 turbo poops out 165hp, the electric motor another 150. BYD claims a combined fuel consumption of 2 liters per 100 kilometer.