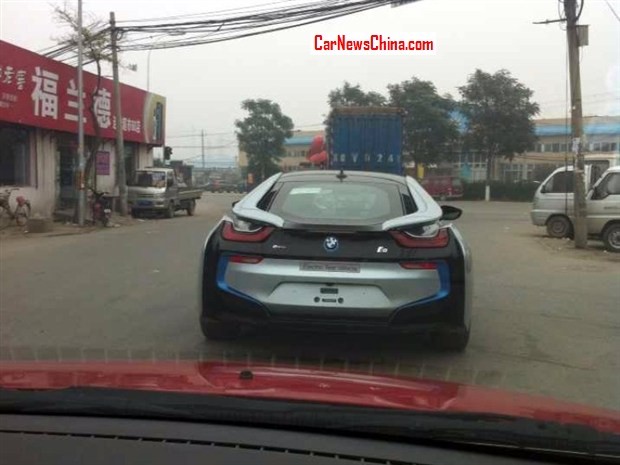 New spy shots showing a BMW i8 test driving and charging on the road in the northwestern suburbs of Beijing. The BMW i8 will hit the Chinese car market in the first half of 2014, China-debut is scheduled for the Guangzhou Auto Show in November. 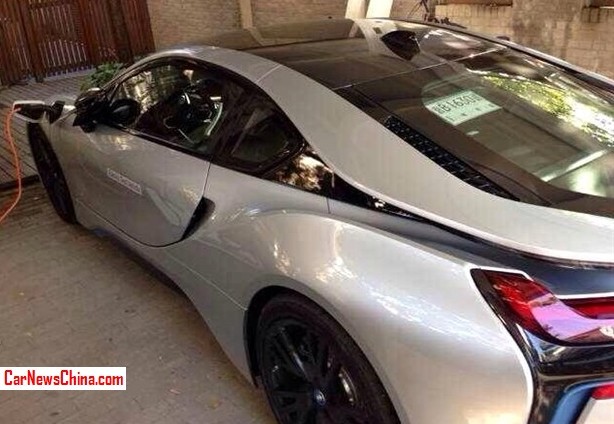 Beijing has a few experimental charging stations out west and out east, mostly in areas where almost nobody lives. This must be one of those stations. The BMW i8 is powered by a 1.5-liter three-cylinder turbocharged petrol engine mated to an electric motor, good for a combined output of 357hp and 570nm. Top speed will be limited to 250km/h and 0-100 will be gone in 4.9 seconds. 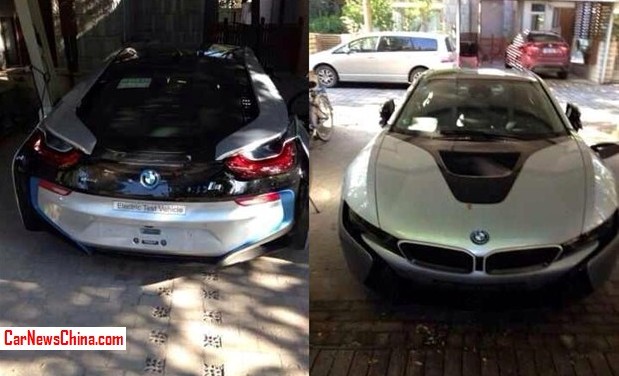 The arrival of the i8 is already hotly awaited in China. Chinese car buyers are willing to pay a fat premium for a hybrid car when the badge and package are right. The Lexus CT 200h for example is a great success, but the Prius is a giant fail. The BMW-badge, the high tech, and the sporty credentials will most likely make the i8 a winner in China. No word on price yet but it will be very expensive. BMW will also launch the i3 in China.