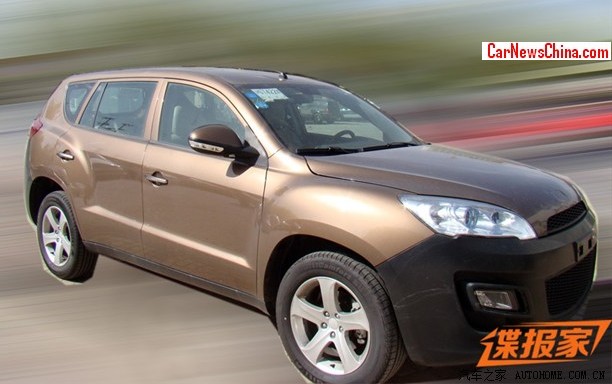 New spy shots showing the Geely Emgrand EX8 SUV testing in China,it will be launched on the China car market in December. The Emgrand EX8 is long overdue, it debuted as a concept on the 2009 Shanghai Auto Show, and hasn’t changed much since then. 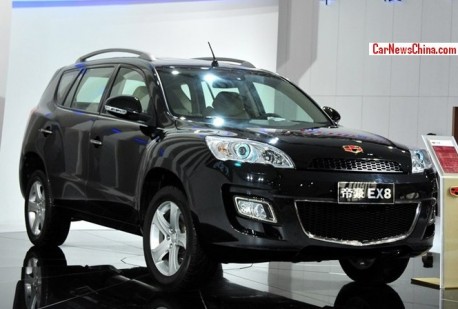 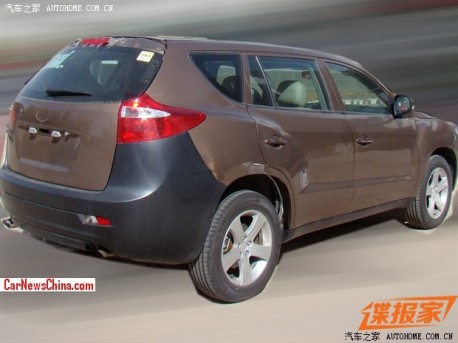 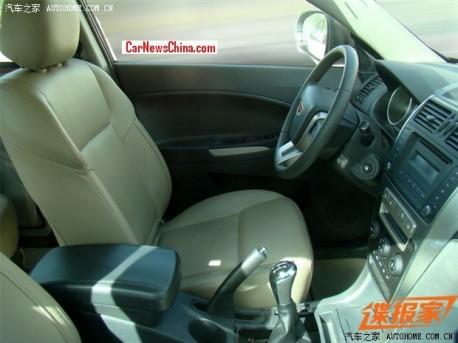 The interior is as exciting as the exterior, but it all seems well-put together. Sporty dials for sure. Shiploads of buttons everywhere. Very old fashioned handbrake lever.

It’s been almost five years since the EX8 debuted, and Geely basically didn’t change a thing. The vehicle doesn’t look too modern and the power plant is simply ancient. It is hard to see why Geely still bothers to bring this Emgrand EX8 to the market.