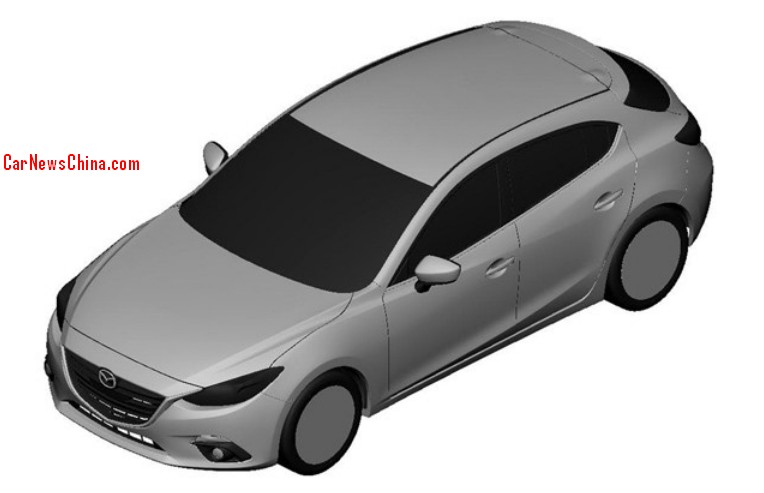 Mazda has applied for patent on the 2014 Mazda 3 hatchback & sedan for the Chinese auto market. The new Mazda 3 will have its China-debut on the Guangzhou Auto Show in November. The new Mazda 3 will be imported into China first until local production at the Changan-Mazda joint venture starts late next year. 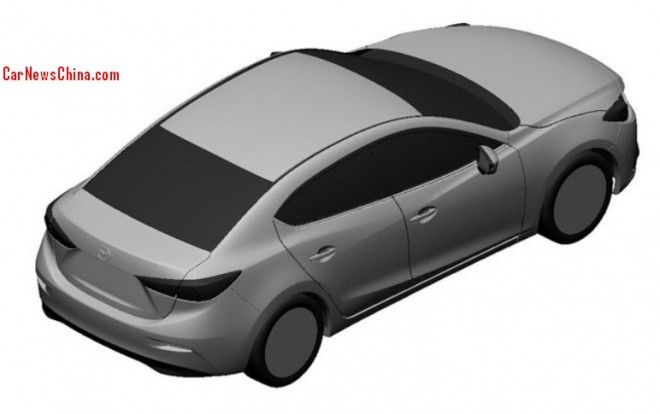 The current Mazda 3 hatchback and sedan are still in production in China, and still selling well. Mazda thus is in no hurry to get the new 3 in production. And even when production of the new 3 starts the current 3 is expected to continue as a budget alternative, likely to be called ‘Mazda 3 Classic’, just like Mazda did with the last-last Mazda 3.