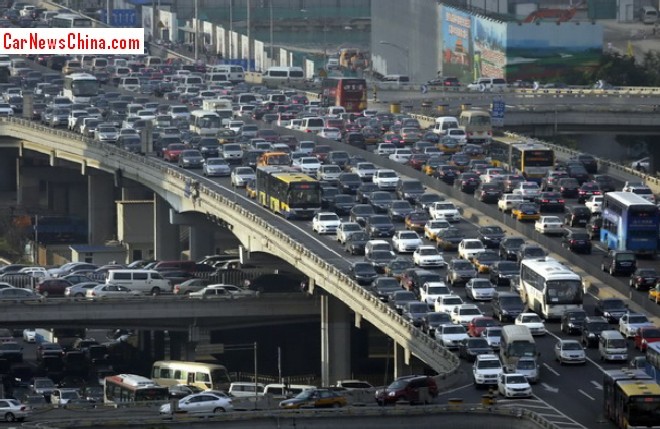 The Beijing municipal government is taking desperate measures to bring down air pollution. Beijing will slash its new car registration quota by 37.5 percent starting from 2014 and give more stake to new energy vehicles as part of its efforts to curb air pollution.

A five-year clean air action plan (2013-2017), released on September 12, ruled that the total number of vehicles in the city would be restricted to around 6 million by the end of 2017. The city had 5.4 million vehicles at the end of October, according to figures from the Beijing Traffic Management Bureau.

Among the 600,000 vehicles allowed to hit the road within the next four years, 170,000 will be new energy vehicles which include battery electric, plug-in hybrid and fuel cell ones.