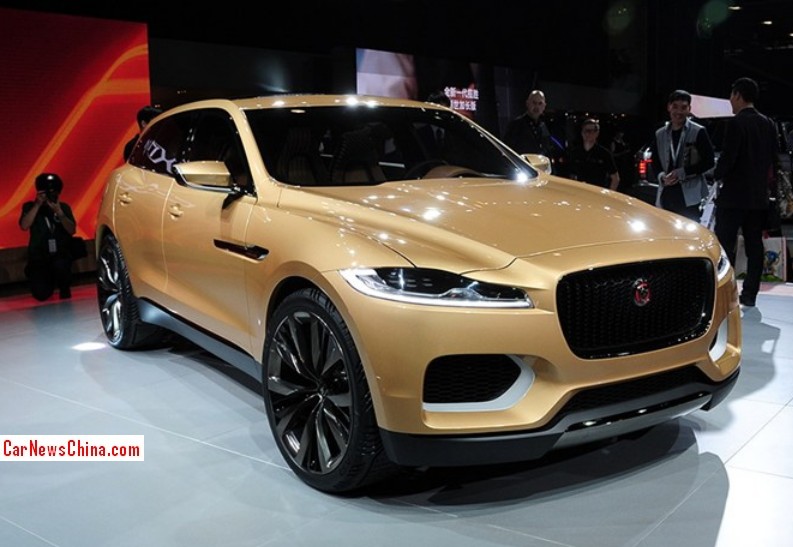 The Jaguar C-X17 Concept has turned into gold for the 2013 Guangzhou Auto Show in China. At almost the same time Jaguar unveiled a gray example at the L.A. Auto Show, and we suspect that the original blue car will pop up at the Tokyo Motor Show.

Mr. Gao Bao, president of Land Rover – Jaguar in China, has told Chinese automotive media that the Jaguar C-X17 is indeed based on the same platform as the Range Rover Evoque. He also said that production in England will start in 2015, and that the C-X17 will be manufactured in China as well. 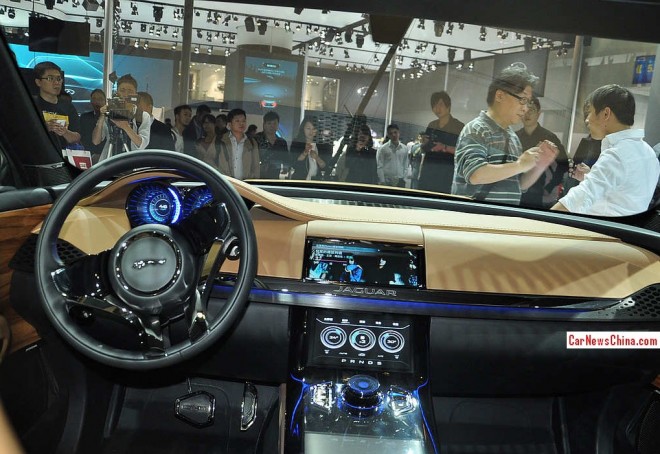 The C-X17 is primarily designed and developed for the new and wealthy automotive markets in China, Russia, India, and the Middle East. The Jaguar name is well-known in all these markets but the current sedan-only line-up limits its appeal. The C-X17 is tasked to change all that. 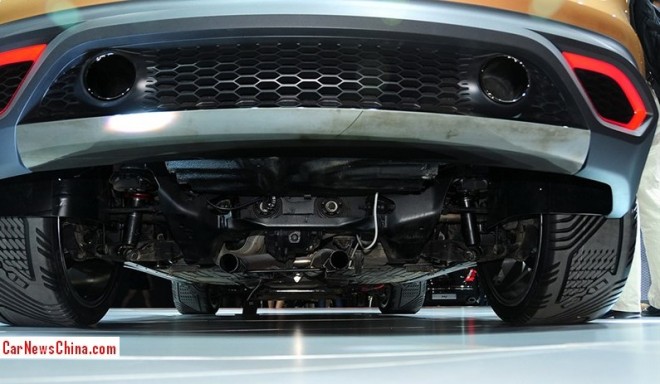 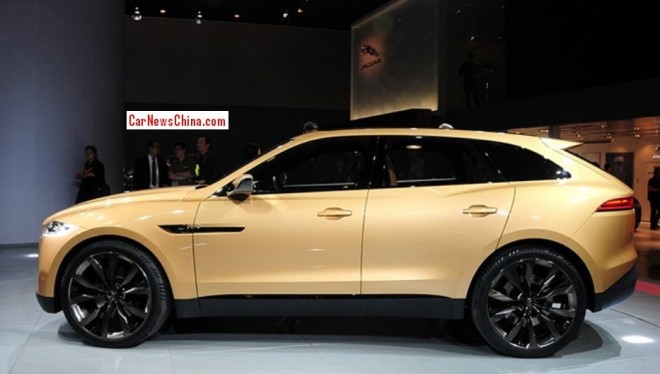 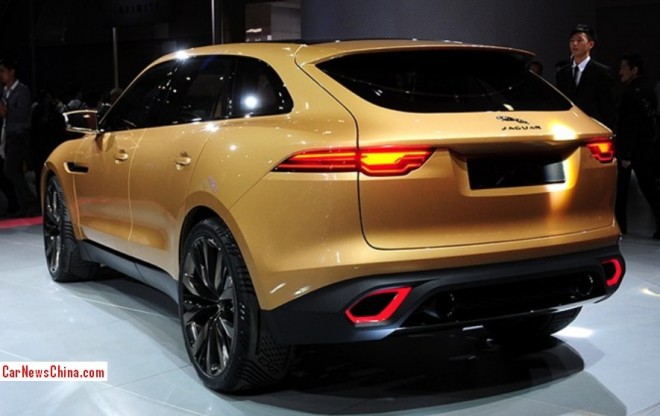 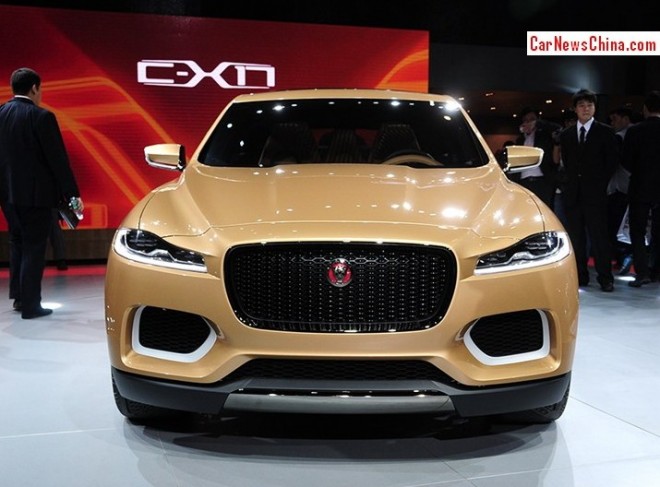