Peugeot CEO willing to step aside for China 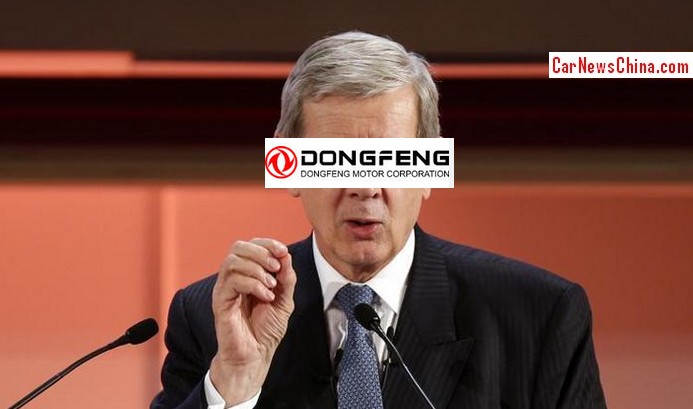 The might of the largest Chinese car companies is growing in a ever faster pace. The latest example is Dongfeng Motor, which is considering the purchase of a large stake in troubled PSA Peugeot Citroen, but only if Chief Executive Philippe Varin leaves the company first. PSA has already started interviewing candidates to replace Varin, after Chinese partner Dongfeng said a deeper alliance should be accompanied by management change.

Varin himself is leading the hunt for a successor who has the calibre and experience to head a global carmaking alliance – qualities that Dongfeng has emphasised when discussing a capital tie-up and expanded industrial cooperation, according to two sources.

“The request regarding the succession came from Philippe Varin with the agreement of the supervisory board. The aim is to ensure the long-term continuation of the strategy Varin is leading,” said a third source close to the matter.

The source said an announcement was expected shortly.

After speaking at an industry conference in Berlin on Saturday, Varin declined to comment on a report in Le Figaro that the troubled carmaker may hire former Renault chief operating officer Carlos Tavares as his new second-in-command.

“I am sorry, I have a plane to catch,” he told reporters.

Tavares’s nomination has won the backing of senior Peugeot officials including Geoffroy Roux de Bézieux, chairman of the board’s appointments committee, and is likely to be announced within days, Le Figaro said in a second report on Sunday.

Peugeot and Dongfeng are in talks to build on their existing Chinese joint venture with cooperation in other markets and a multi-billion-euro share issue that would see Dongfeng and the French government acquire stakes in the French carmaker, sources familiar with the matter have said.

Peugeot, one of the carmakers worst-hit by Europe’s six-year market slump, is cutting French jobs and plant capacity as it struggles to halt losses within two years.

Even then it will lack the financial clout and industrial scale to compete globally on its own. Varin has acknowledged that Peugeot will need new partners and fresh capital to support future vehicle and technology investments.

Varin, 61, joined Peugeot from Anglo-Dutch steelmaker Corus in 2009 and has steered the company through the worst of the European crisis. But his support for a deeper tie-up with 7 percent shareholder General Motors (GM) or Dongfeng has led to bouts of tension with members of the founding Peugeot family, which would lose control of the company in the planned capital hike.

The company is now seeking to raise as much as 4 billion euros ($5.4 billion) in the share issue, newspaper Le Monde said earlier this week.

Dongfeng Chairman Xu Ping sees Renault’s 14-year-old alliance with Nissan as a model for the deeper partnership under discussion with Peugeot, said a source familiar with the Chinese carmaker’s thinking.

“But they wonder whether there’s an executive capable of running a Dongfeng-PSA alliance the way (Renault CEO) Carlos Ghosn has transformed Nissan,” the source said.

Tavares, 55, began his career at Renault in 1981 and moved to Nissan 23 years later as a programme director before going on to hold senior alliance roles such as chief of Nissan Americas, culminating with his stint as Ghosn’s deputy at Renault.

Tavares, who could not be reached on Saturday, left Renault abruptly in August after saying publicly he would like to lead another carmaker. Inconclusive press reports have since linked him to high-level openings such as the CEO’s job at luxury sports carmaker Aston Martin, succeeding Ulrich Bez.