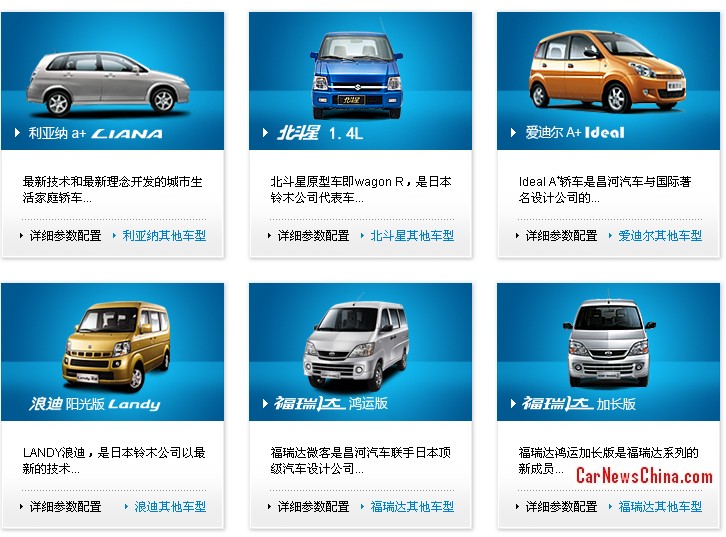 Changhe Auto has a joint venture with Suzuki, sells Suzuki-developed vehicles under its own name, and makes mini vans. The move aims to help revive the manufacturer of small vehicles after four years’ cooperation with another auto giant, Chang’an Automobile Group, failed to boost its growth.

The BAIC and the provincial government plan to invest 13 billion yuan in the four years to 2017 to nearly double the annual vehicle production capacity to 500,000 units and to raise annual revenues to 50 billion yuan, according to the agreement.

Between 2018 and 2020, they plan to further invest 14 billion yuan to expand the annual capacity to 1 million units and to increase the annual revenues to 100 billion yuan.

Changhe Auto, with two manufacturing plants in the cities of Jingdezhen and Jiujiang, currently has an annual capacity of 270,000 vehicles. It was incorporated into Chang’an Automobile Group in 2009.

But Changhe Auto ran into trouble due to factors including weak sales, shortage of funds and outdated technology.

To seek a new investor to help grow the local auto industry, the provincial government initiated a restructuring of Changhe Auto. It made the company a wholly owned subsidiary of the Jiangxi Provincial State-Owned Enterprise Assets Operation (Holdings) Co in October.