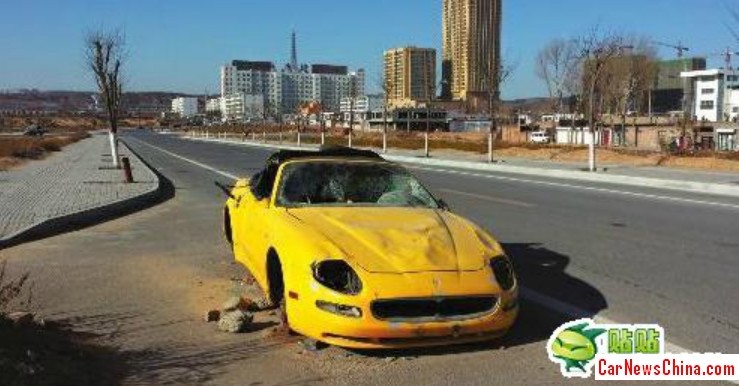 An abandoned Maserati 4200GT Spyder, seen on the roadside near the city limits of the great city of Yulin in Shaanxi Province. The once speedy Spyder has lost her wheels and lights, the convertible roof looks ragged and the window is semi smashed. The Maserati has been disintegrating on this location for four months. Local residents say they don’t know how the vehicle got there. 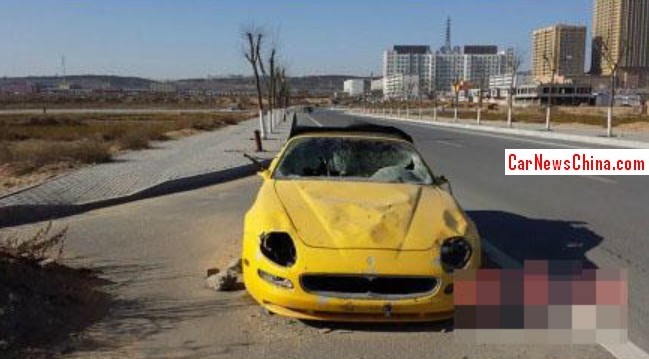 A reporter of a local newspaper tried to find out more and called the police, who told him they didn’t have the capacity to get into abandoned cars. The vehicle was most likely stolen and taken for a fast ride on that beautiful flat road, and left die die when the fun was over. 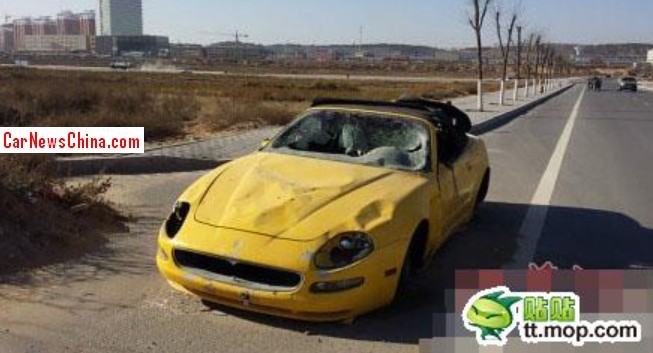 Somebody must be looking for her…