Renault Captur arrives at one Dealer in China 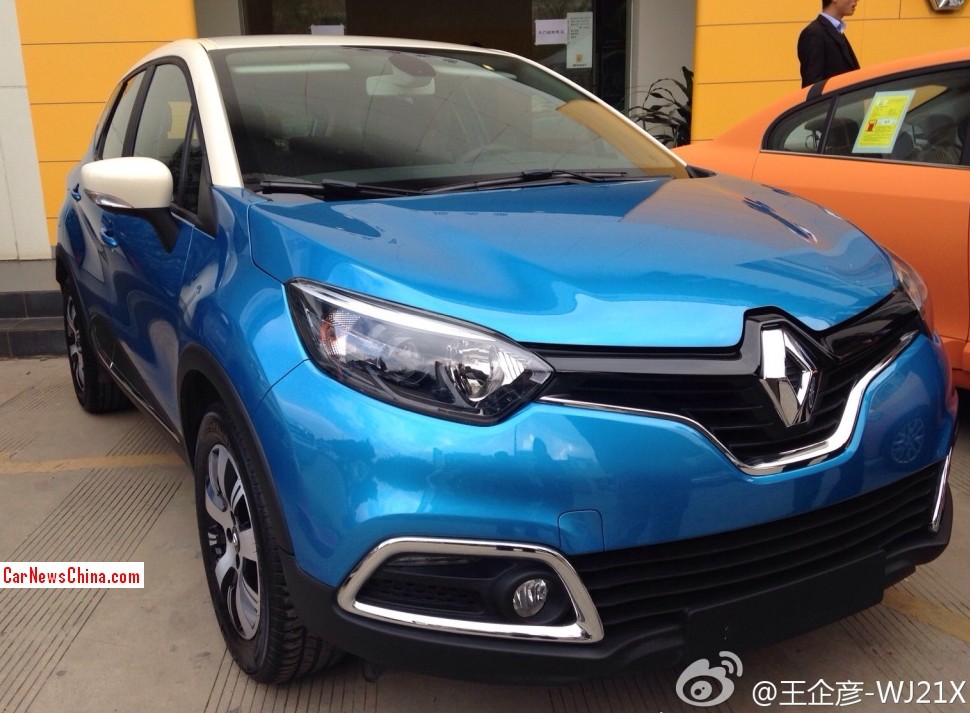 A lone Renault Captur, likely a demonstration car for dealers, was seen at a Renault dealer in the great city of Kunming, capital of Yunnan Province. Renault will bring the Captur to the Chinese car market next year. Official debut in China is expected for the April 2014 Beijing Auto Show.

The Captur will initially be imported, but local production at the new Dongfeng-Renault joint venture can be expected in the future. The Renault Captur is powered by 0.9 and 1.2 liter petrol engine, which might be a bit too tiny for the China auto market, where big engines still matter.