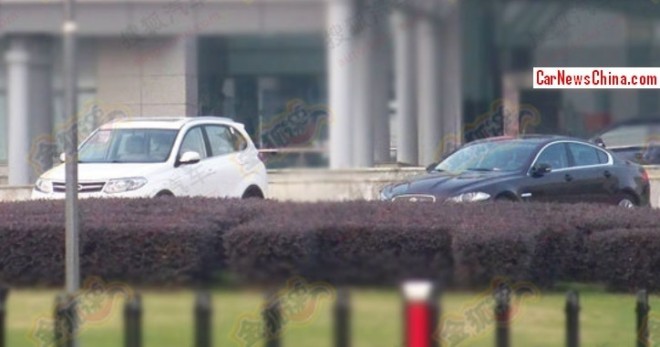 One British-built Jaguar XF was seen at the Chery headquarters in China, hanging around with a Chery Tiggo 5 SUV.

The Jaguar XF is currently imported into China but sales are very slow. It is too expensive and too cramped in the back compared with locally-made stretched competitors such as the Audi A6L, the BMW 5Li, and the Mercedes-Benz E Class L. Production in China of a stretched variant of the XF will solve all these problems at once.