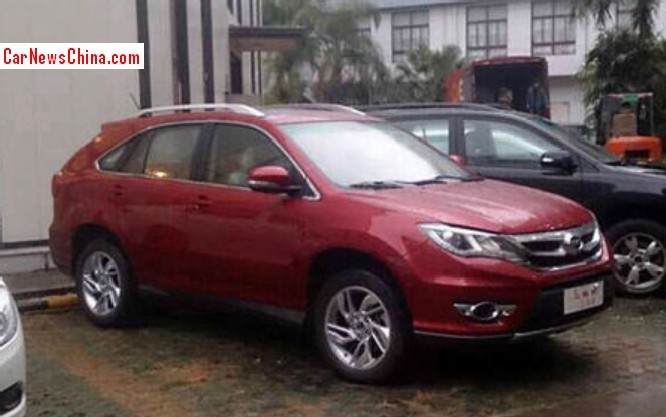 Spy Shots showing the new BYD S7 SUV naked in China. The BYD s7 will be launched on the China car market in the first half of next year. Formal debut of the production version is expected for the Beijing Auto Show in April. The BYD S7 is an upmarket variant of the existing BYD S6 SUV, it debuted as a concept on the Shanghai Auto Show. 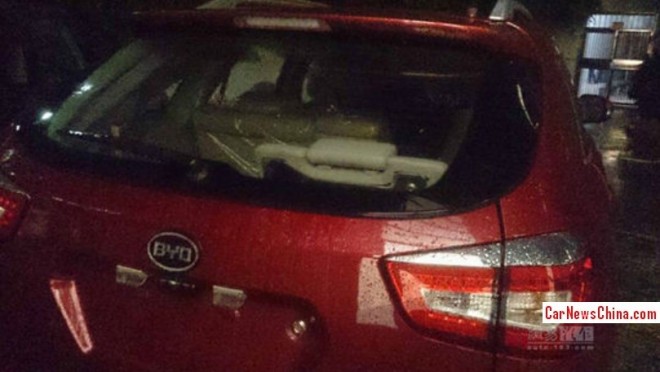 Pictures of the back show a third row of seats, but only small children will fit in. The BYD S7 will be powered by a new 2.0 turbo with with 207hp and 350nm, mated to a 6-speed DCT, sending power to all four wheels.  Like all new BYD cars the S7 will be equipped with lots of a high-tech stuff, including a 360-degree panoramic imaging system, a multimedia system with a 500G hard disk, and a night vision system. Price for the S7 will start around 150.000 yuan and end around 190.000 yuan. 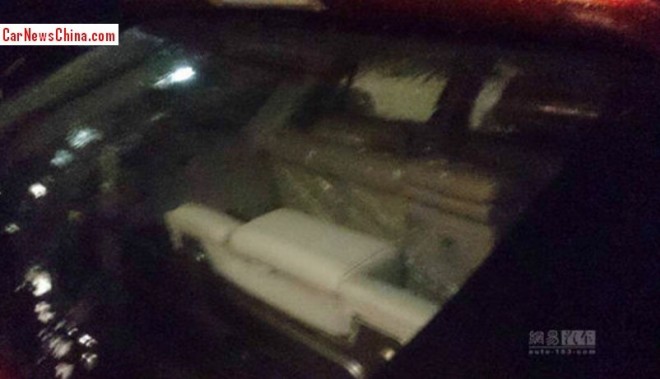