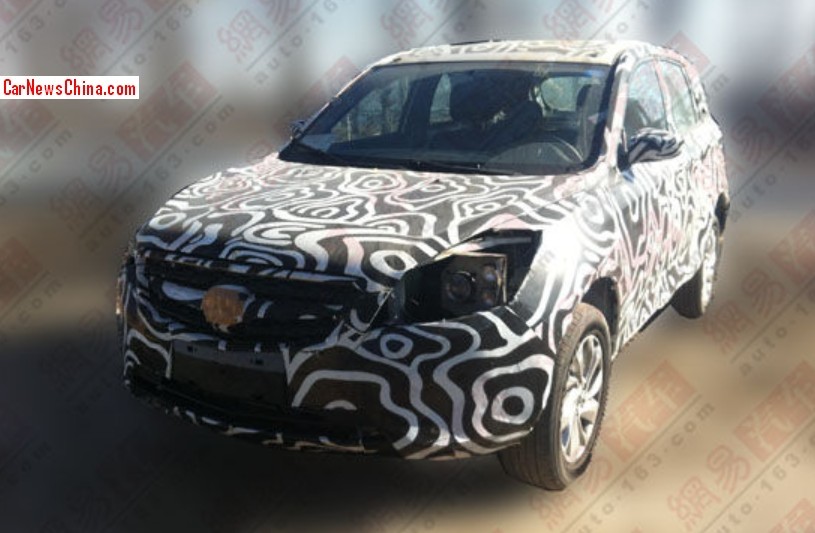 New spy shots of the upcoming Beijing Auto C51X SUV, showing a bit more of its grille, revealing one thick central bar with the Beijing Auto logo in the center. The vehicle seems to stand higher on its wheels compared with what we saw on earlier pics. The Beijing Auto C51X is a new SUV that will debut on the April 2014 Beijing Auto Show. It will be launched on the China car market in the second half of 2014 under the Shenbao/Senova sub brand. 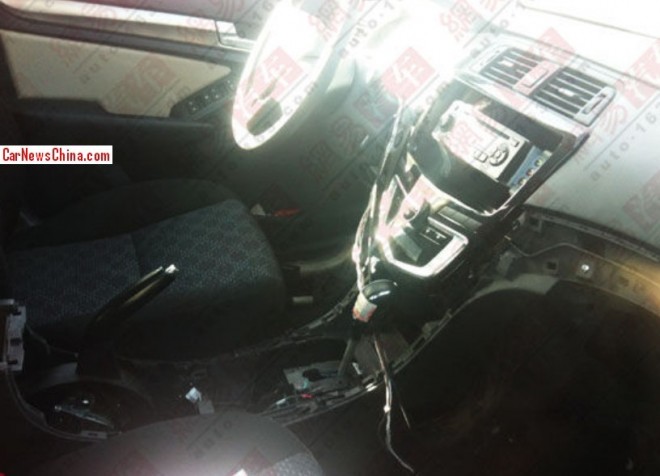 Dashboard is slowly getting ready but Beijing Auto still got some work to do here. Radio seems to sit in bay for screen. Automatic gearbox. Tiny handbrake. 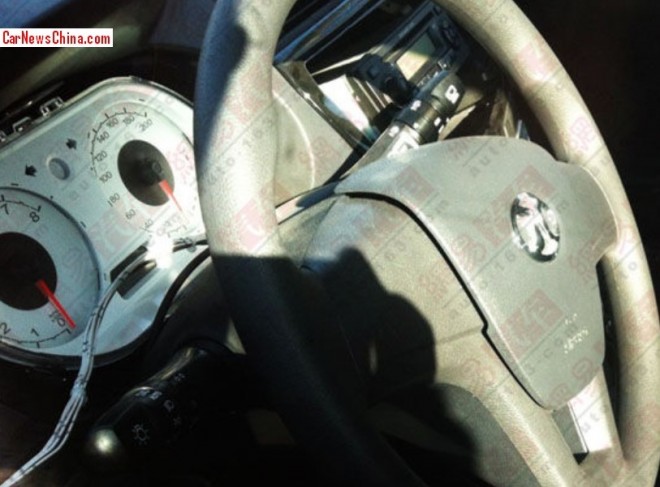 No sporty dials for Beijing Auto, simple numbers against a white background works rather well.

The C51X is based on the platform of the old Saab 9-3, just like the upcoming Beijing Auto C60F sedan. There will be two engines available: a Mitsubishi-sourced 1.5 turbo with 163hp and 225nm, and a reworked version of Saab’s good old 2.0 turbo. New reports in Chinese media indicate that a 1.8 turbo is on the cards too. 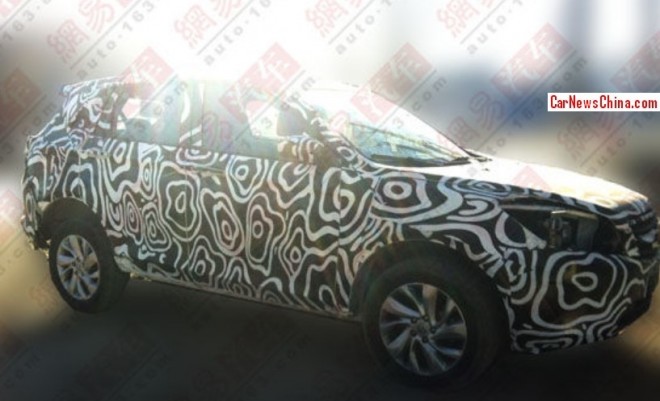 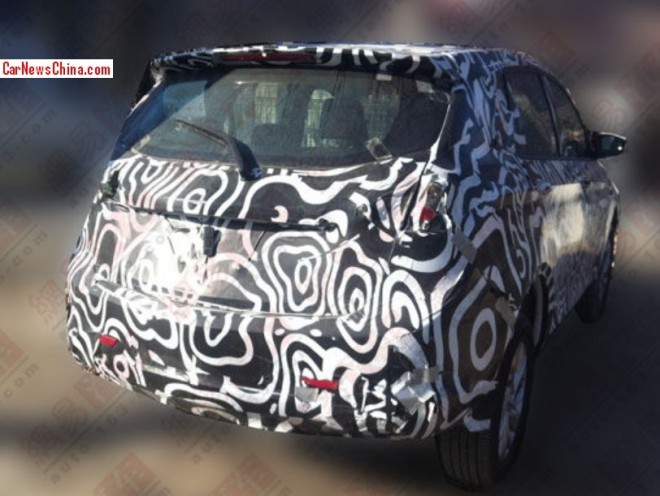 Wing on roof is a touch of sporty, at the (back) end.