Spy Shots: facelift for the BYD F0 in China

Spy shots showing that BYD is working on a facelift for the BYD F0 mini car. The facelifted BYD F0 is expected to debut on the Beijing Auto Show in April and launch on the China car market is scheduled for the second half of this year. The facelift includes a completely new grille and bumper, both with more chrome because Bling is currently King in China. 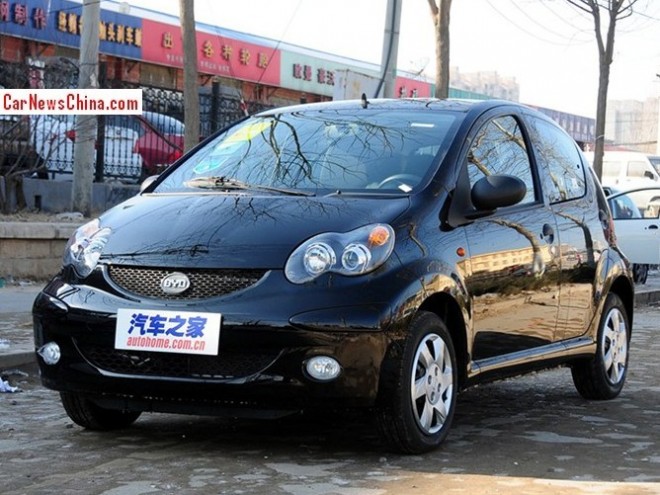 The facelifted BYD F0 will continue to use the 1.0 liter engine. There are yet no plans for an electric version. Price will remain about the same.