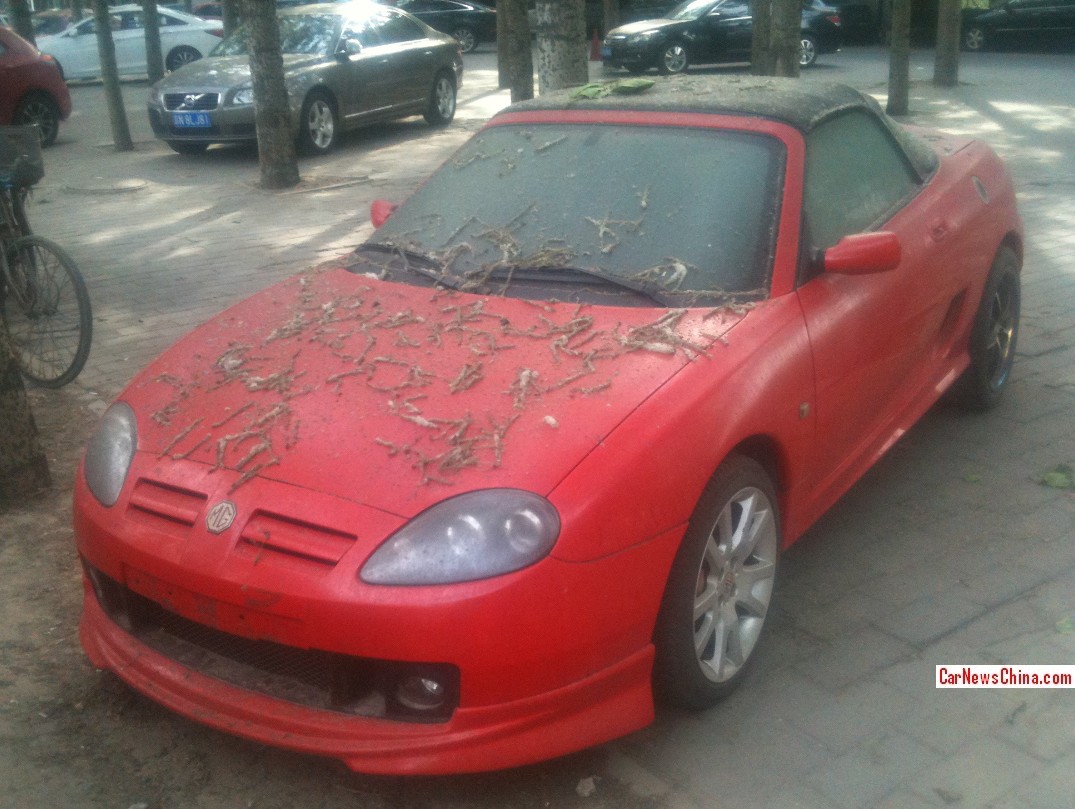 A very rare and very abandoned China-made MG TF Roadster, Spotted in China on a out-of-the-way parking lot in Beijing. The poor MG was in a sorry shape; covered in layers upon layers of dust, sitting through the front suspension, hit by a zillion leaves, without license plates & insurance stickers, and so clearly left to die alone. 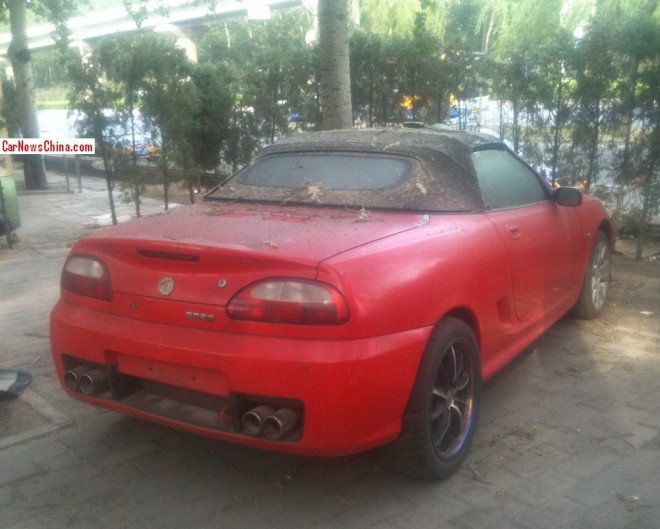 Oddly, this sad example had standard alloys up front and some shiny Chinese stuff at the back.

Production of the China-made MG TF started in late 2007 and lasted until early 2011, but numbers were very low, figured at less than a hundred cars a year, most of which went unsold. The TF was priced between 249.600 yuan and 265.800 yuan. Power came from the Rover K-series 1.8 4-cylinder with 135hp, mated to a five-speed manual or a CVT. 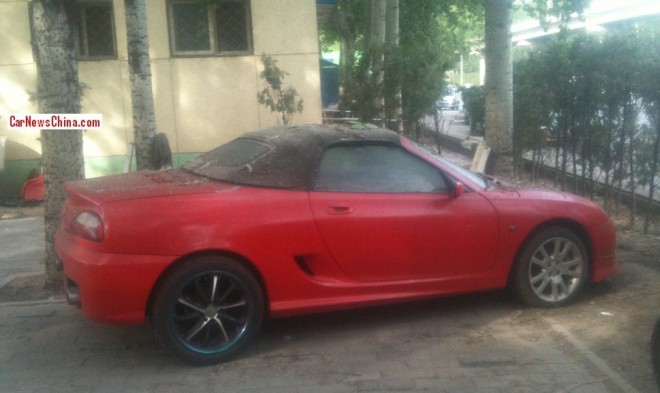 The front tires are deflated, the hard-compounds at the back won’t last very long anymore either. Roof is going to die very soon. The China-made MG TF was a great an in a way a very brave experiment.  Sadly i did not work out. The Chinese car market just wasn’t ready for a sporty two-seat roadster yet. But is seems, MG thinks they have a better chance today!