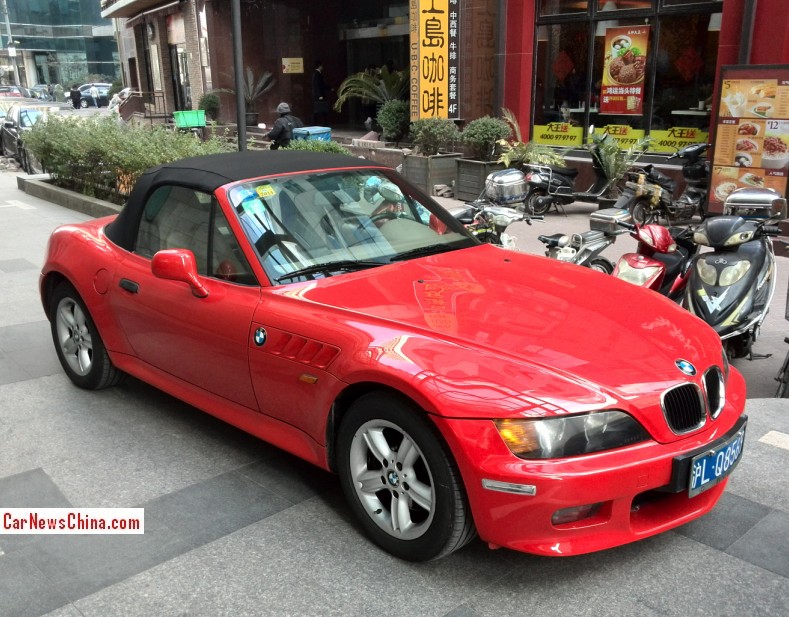 A brilliantly beautiful BMW Z3 roadster, Spotted in China in the great city of Shanghai by reader Anonymous, thank you for the pictures! The Z3 was manufactured from 1995 until 2002 with a small facelift in 2000, this is a facelifted car. The BMW Z3 is the original BMW sporty car, light and nimble, and has sadly been succeeded by the much bigger and heavier Z4 series. The BMW Z3 was never officially exported to China and is thus extremely rare to see in country. Additional reflectors on front bumper indicate this beauty is a U.S. spec car. 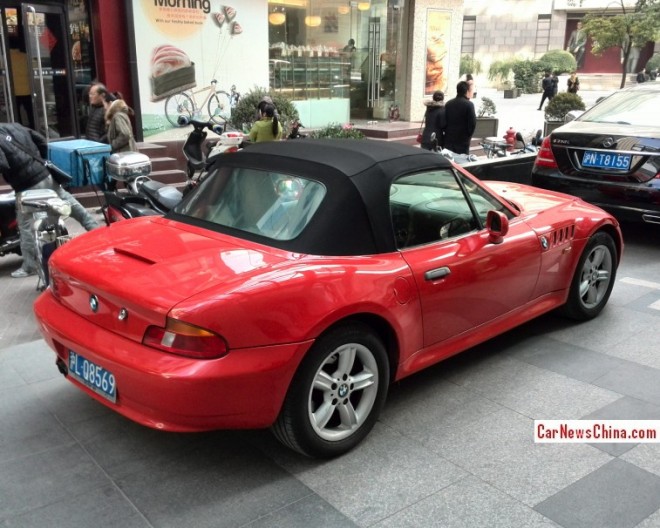 The Z3 series has U.S. origins in any way, since it was manufactured in South Carolina. The Z3 was designed by Joji Nagashima of Japan, he also draw the E36 and E90 BMW 3-Series. The Z3 was available with a wide range of engines throughout its life. The most powerful engine was a 3.2 liter six-in-line for the Z3 M Roadster that pooped out a staggering 321hp. The least powerful engine was a 1.8 liter four-cylinder with an output of 115hp. Can’t see any engine badges on this red roadster but it sure loox very fast!