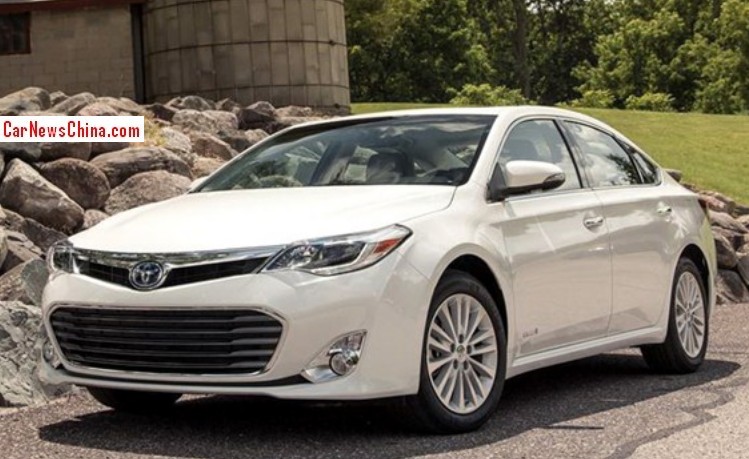 The Toyota Avalon sedan will be launched on the China car market in 2015. The Toyota Avalon will be manufactured in China by the Guangzhou-Toyota joint venture. Currently, the Avalon is build in the United States and only available in North America, the Middle East, and South Korea. 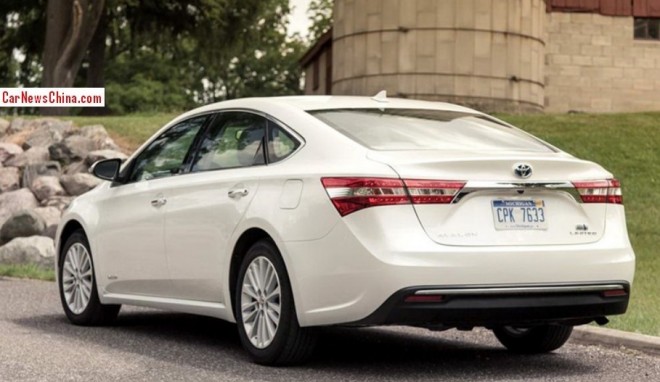 The Toyota Avalon will be positioned above the Toyota Camry that is made by Guangzhou-Toyota as well. The China-made Avalon will be powered by a 3.5 liter V6 with 272hp and 336nm, mated to a 6-speed automatic. In the United States the Avalon is also available with a hybrid power train based around a 2.5 liter four-cylinder. It is yet unsure whether the hybrid will make it to China as well.