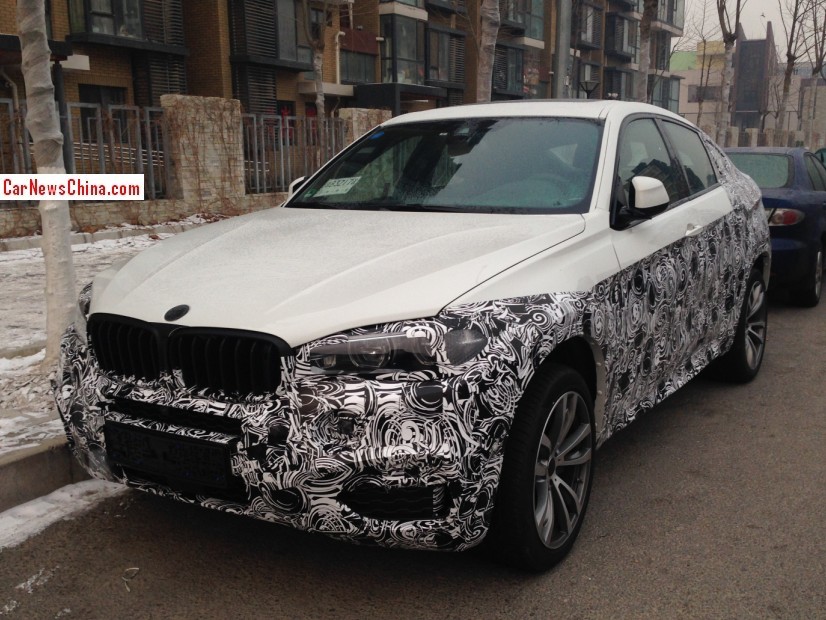 Exclusive spy shots of the new 2015 BMW X6, the second generation of the successful crossover SUV. The test car was parked on a road near my home in a faraway suburb of east Beijing. It was 07:30 in the morning and there was no one around, so I could take all my time to shoot the new Bimmer from all sides.

The 2015 BMW X6 will see a more aggressive look with newly designed C-pillar, pronounced creases over the rear wheels, a new larger grille, new headlights, new rear lights, new bumpers, and an updated interior. TopSpeed has a nice rendering of the new X6 based on test cars spied in Europe. 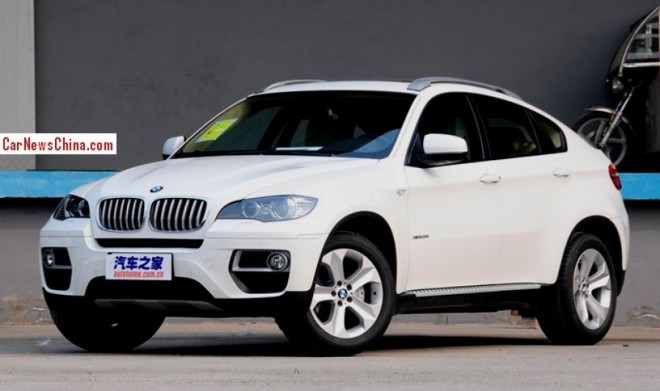 The current BMW X6 for comparison. The X6 is very popular in China and that is why it is testing here. BMW wants to be absolutely sure the new SUV behaves well on Chinese roads. The area where the test car stood is a good one for serious suspension testing as all the roads are broken and potholed to the max. 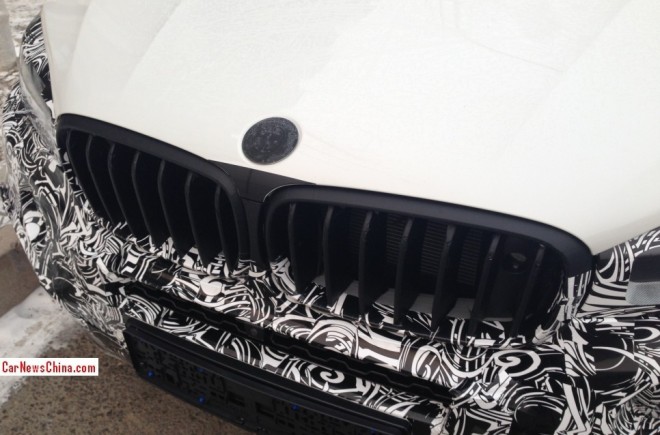 This grille is going to be huge. The 2015 BMW X6 will get two new engines: a 245hp four-cylinder and a 405hp straight-six. The V8 and V8 M models will continue, but they will get more power. The new X6 will also be about 150kg (330lbs) lighter than the current car for more agility and a better fuel consumption. The 2015 BMW X6 will debut sometime in the second half of this year. 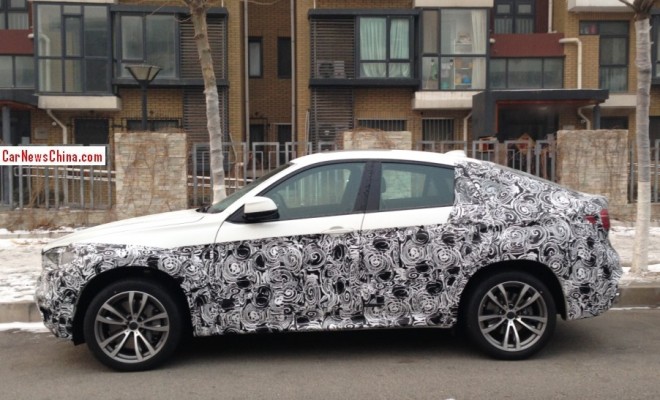 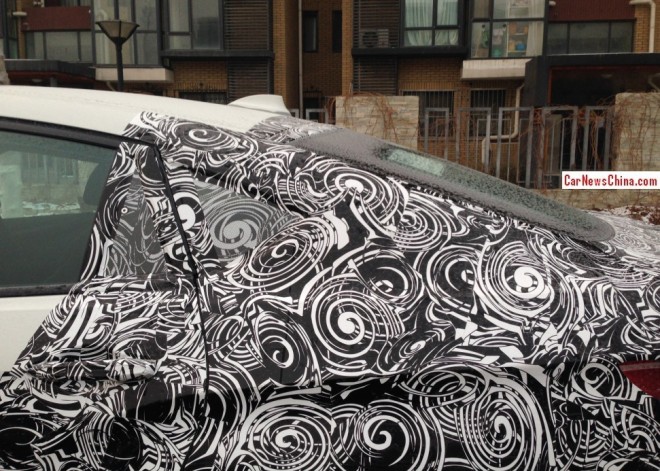 Shape of the small third window much sharper than on current car. Crease very visible here. 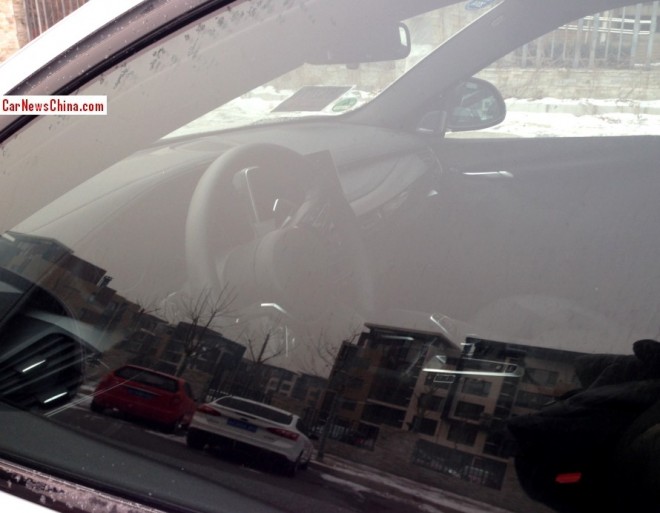 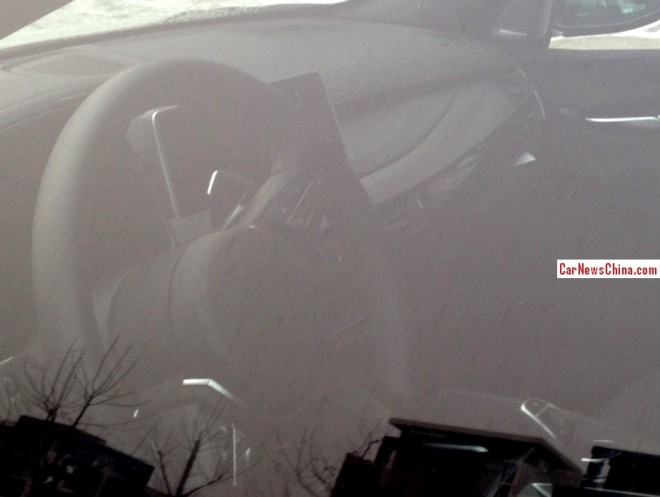 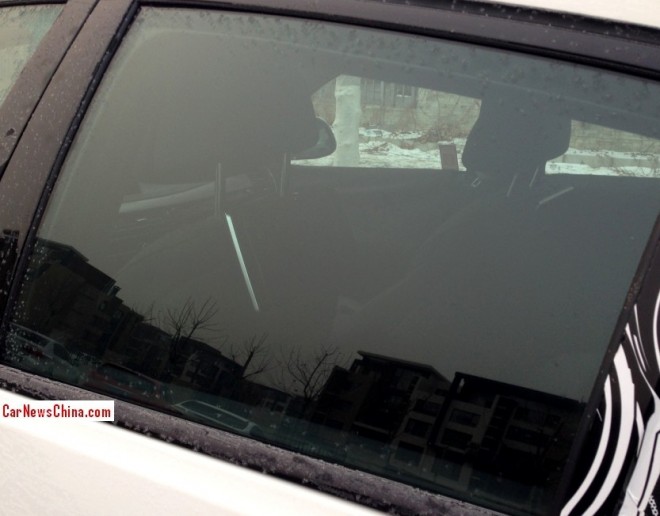 Flat screen for entertainment on the bench. 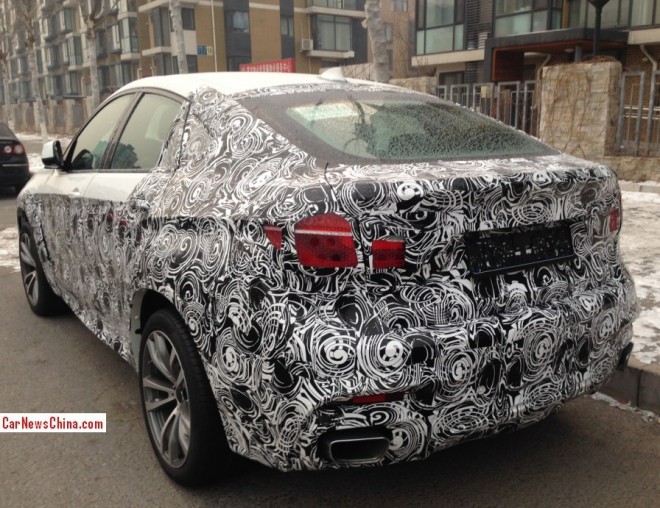 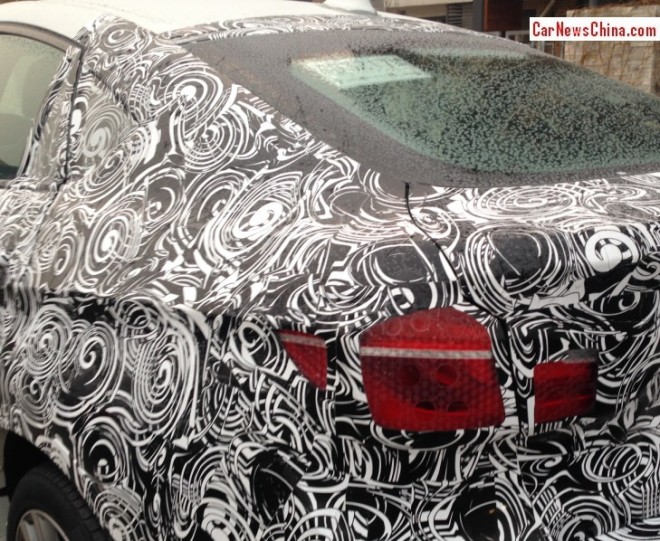 The crease again ending just above the rear lights. Temporarily Beijing license plate behind the window. When I took this photo the car was suddenly remotely unlocked and locked again, with flashing lights and a few beeps, meaning I had been spotted by the test driver who probably lives in the building on the right. Well, I was done anyway, so I waved and moved on.