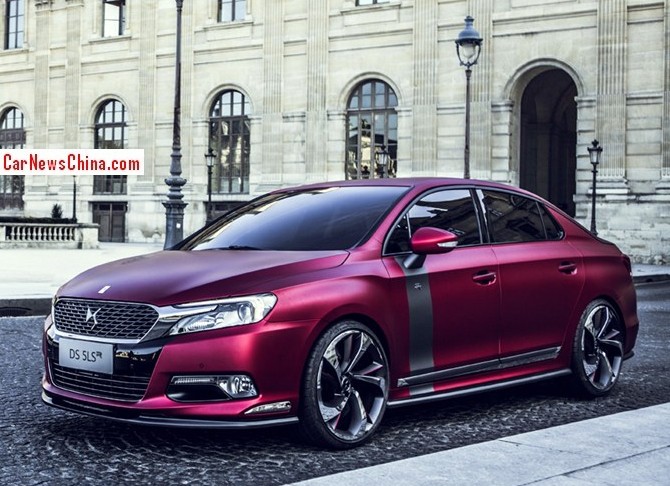 This is the Citroen DS 5LS R concept for the 2014 Beijing Auto Show. The 5LS R is a racy sedan based on the bread and butter Citroen DS 5LS. The R is powered by a souped up version of the 1.6 turbo with a manic 300hp and 400nm. The exterior is prettified with a body kit, a vertical racing stripe on the door, and 21 inch wheels with typical Citroen-concept style alloys. 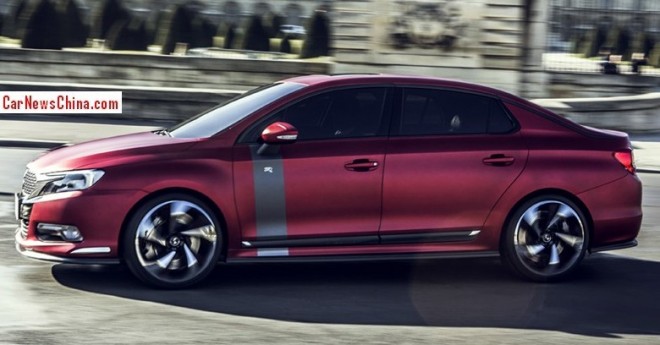 Interestingly, the chrome strips, the DS 5LS most eye catching feature, have been blacked out for the R. Compare: 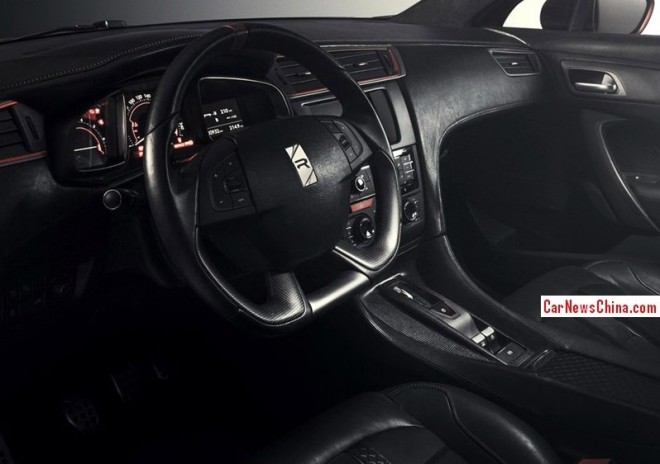 Whether the R will see production is yet unclear, but it is not impossible. Chinese car buyers are more and more asking for more horsepower and more special variants and a car like the R might be an answer.