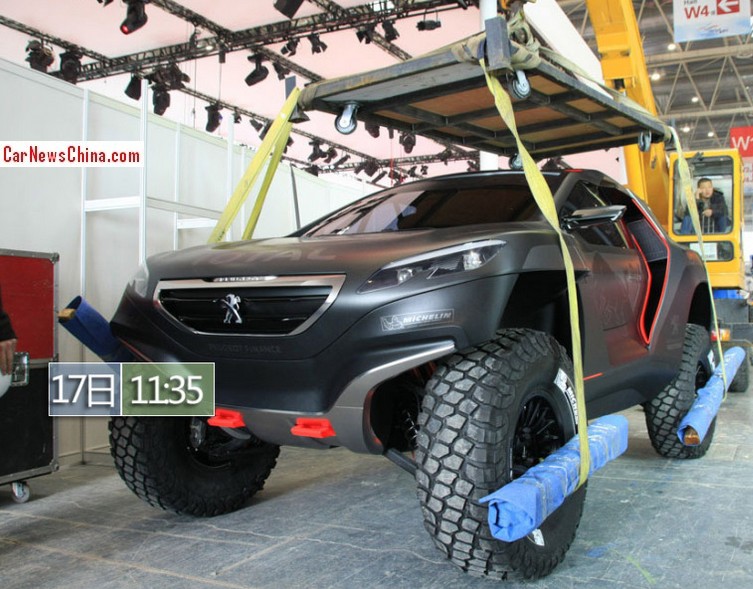 The very first live shots of the Peugeot DKR rally concept, seen here arriving at the exhibition hall for the Beijing Auto Show that starts on Sunday. The vehicle is fresh out of its container and Peugeot didn’t even bother to cover it up, which is not smart in China where everybody (everybody) has a smartphone.

The Peugeot DKR concept previews a new rally car that will compete in the 2015 Dakar Rally, piloted by Carlos Sainz and Cyril Despres. The rally car will be a buggy-style racer with RWD only. No confirmation on power yet, but we bet the concept will be a hybrid it is something and the real racer a diesel. 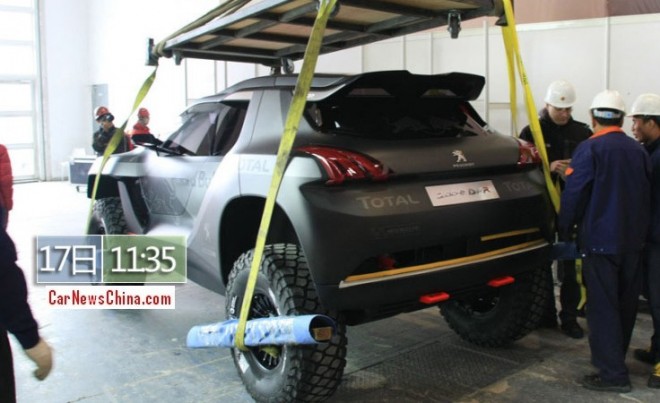 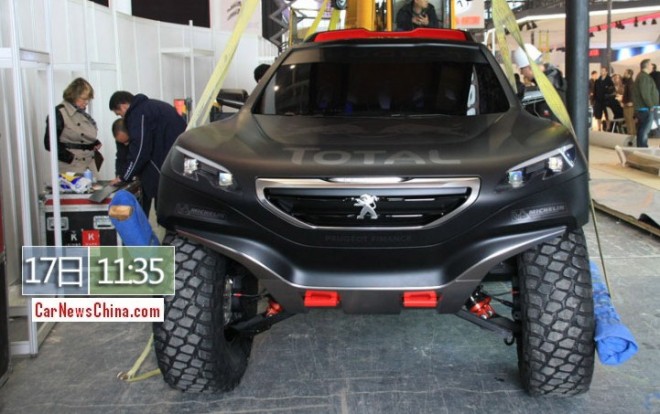