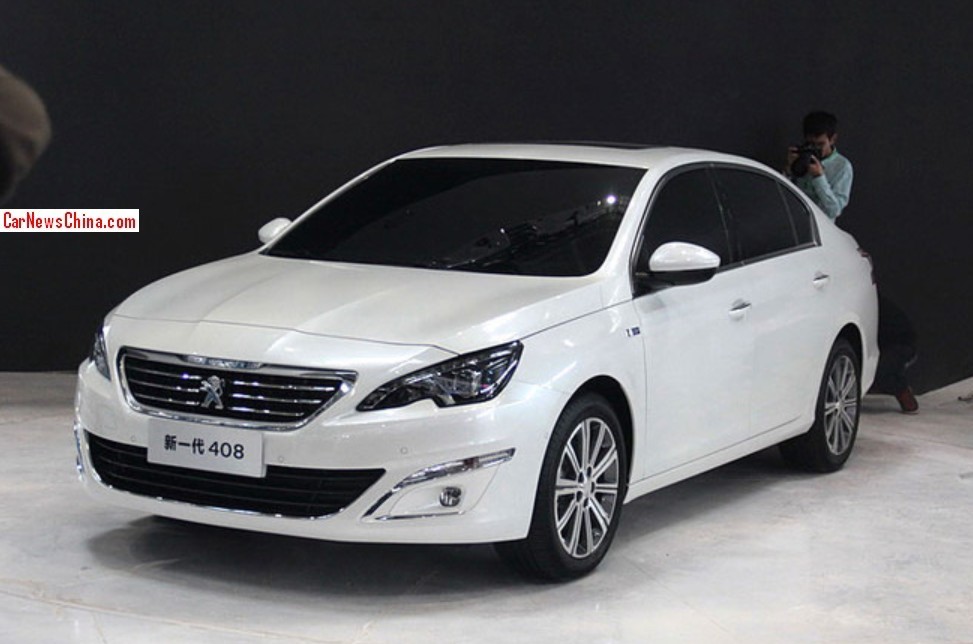 This is the new Peugeot 408 sedan, seen here waiting in white for its debut tomorrow on the 2014 Beijing Auto Show. The Peugeot 408 will be launched on the China car market in July. Price will start around 125.000 yuan and end around 185.000 yuan. 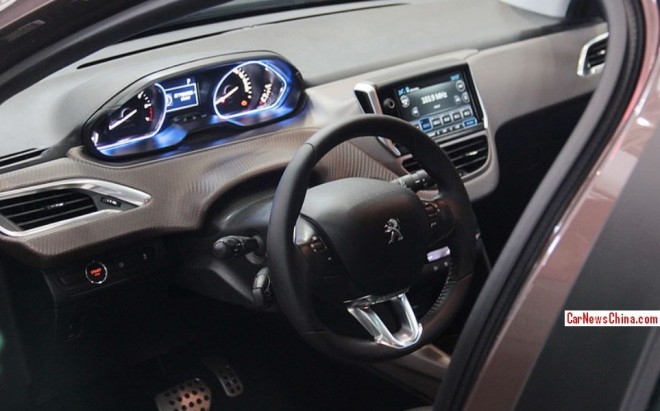 That is a very cool looking dashboard, sci-fi to the max, with a high positioned instrument pod, a large screen in the center console, and with a fake carbon-fiber dash top.

The Peugeot 408 will compete in the fast-growing market segment of ‘medium sized sedans with premium features’ with cars such as the Honda Crider, the Volkswagen Sagitar, the Hyundai Mistra and upcoming Ford Escort. 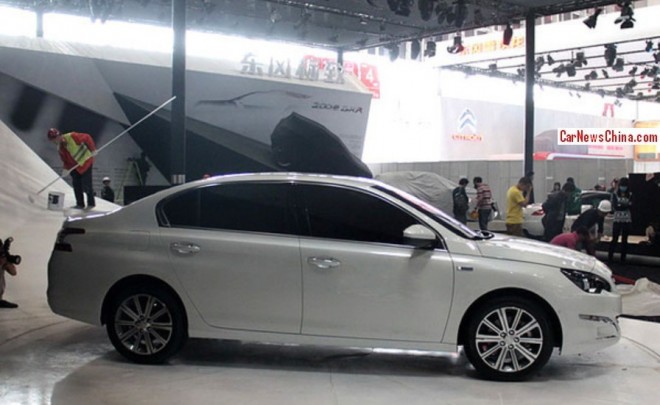 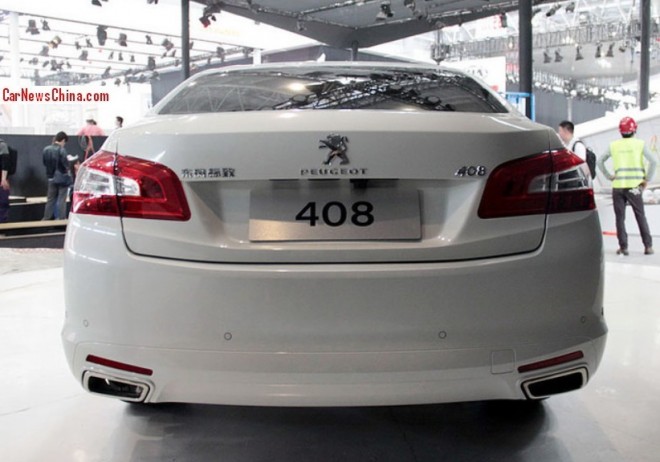