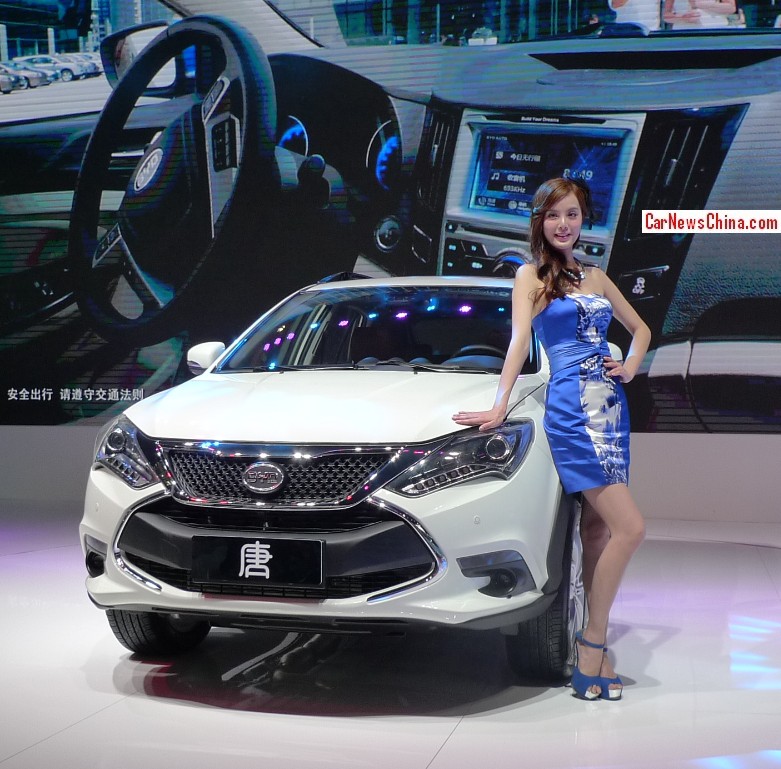 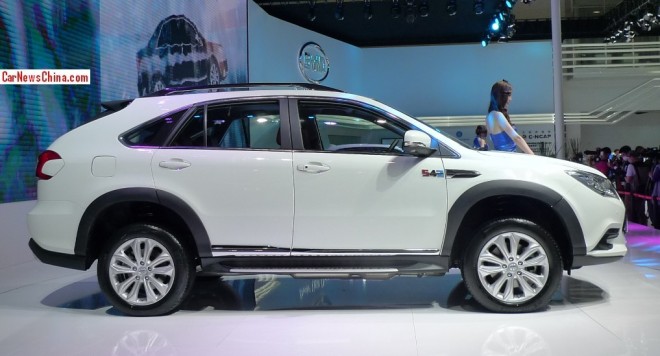 Wheels look awfully small in giant arches. Small wheels are a typical Chinese low-cost way to get fuel consumption down a little bit more. Smart and such, but it doesn’t look very good. Note ‘542’ badge on the door, standing for: 5 for the 0-100 acceleration in 5 seconds, 4 for four-wheel drive, two for fuel consumption of 2 liter per 100 kilometer. 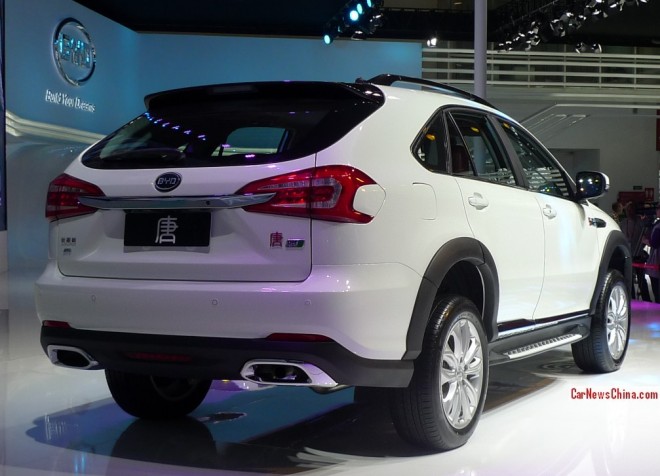 Five seconds is fast, so it needs power, and power it has. The Tang is propelled by BYD’s new DMII dual mode hybrid-drive system mating a petrol engine to an electric motor. The petrol engine is a 2.0 turbocharged four-cylinder with 205hp and 320nm. The electric motor is the same unit as in the recently launched BYD Qin sedan; delivering 149hp and 200nm. 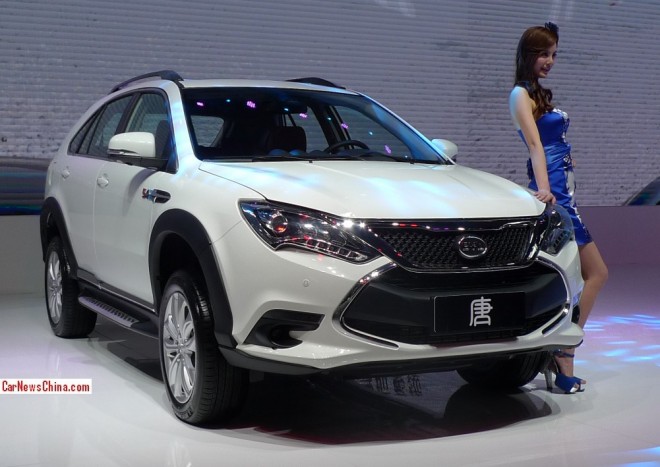 Combined output of the power train in the Tang will be 354hp and 420nm, making the Tang the most powerful mass market hybrid SUV in the world. Price of the Tang will start around 300.000 yuan. Green-car subsidies of central and local governments will bring price at the dealer down to about 265.000 yuan or 42.000 USD. The Tang will hit the Chinese car market sometime in Q3.