Strategy: How the Chinese are setting themselves up for success (Part 2: Latin America) 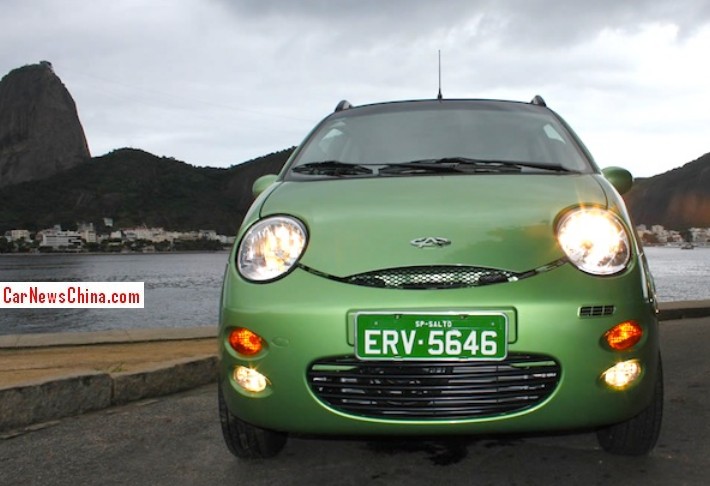 If Chinese carmakers have started exporting to Africa in the early 00′s, they set foot in Latin America even earlier, with JAC starting to export trucks to Bolivia back in 1990. Similarly to the strategy they adopted in Africa, Chinese manufacturers have initially focused on the less developed car markets in the region. They are now in the process of stepping up their involvement by launching in the bigger, more mature markets like Argentina and Brazil. In fact, the foundations the Chinese have built in secondary Latin American car markets are potentially their strongest in the world so far. The first logical anchor points in the region are Uruguay and Paraguay, both located between Argentina and Brazil and all part of the Mercosur, which makes it easier to export towards those two powerhouses as local assembly with 30% to 50% share of local components currently receive zero-tariff status inside the Mercosur. As a result both Chery and Lifan (40,000 units/year capacity) have assembly factories in Uruguay while Dongfeng has one in Paraguay. The DongFeng Mini Pick-up is now produced in Paraguay. Peru is another very important hub for Chinese manufacturers in Latin America: it is one of the fastest growing car markets in the world, with the last 4 years all being new records topped up by 210,326 registrations in 2013, and is “facing” China on the Pacific Ocean, making it an enticing port-of-entry into the continent. Roughly 15% of the Peruvian car market go to Chinese models, and latest data shows JAC up 80% year-on-year in 2013 to #10 brand, Great Wall down 8% to #15, Chery up 8% to #17, Foton up 1% to 320 and Lifan up 73% to #20.

Local analysts even estimate that as much as 96 Chinese car brands (yes, that many!!) are sold in Peru both formally in dealerships and informally by rogue vendors. Venezuela is a slightly different situation because the exchanges with the rest of the region are more patchy, so Chinese carmakers’ success so far has stemmed either from local production – Chery has started assembling cars there in 2011 but no figures are available – or direct agreements with the Chinese government, like the unprecedented 4,000-unit batch of DongFeng S30 imported in late 2012 which enabled the model to simply take the lead of the sales charts in December of that year. The S30 went on to lodge 5 consecutive months within the Top 5 best-sellers in Venezuela across 2012 and 2013.

The Caribbean region is yet another under-developed zone most carmakers traditionally sidestep, except the Chinese. Geely regularly ships cars to Cuba, the last batch from October 2011 was composed of 1,300 Geely CK (now a common sight in La Habana as a police car) and 250 Emgrand EC7. In the Dominican Republic, a few Chinese models have already managed to break into the Full Year Top 20 like the BYD F3 (#9 in 2010), the DongFeng Cargo Van (#14 in 2011) and the Jinbei Haise (#18 in 2011). This all means that Chinese carmakers have now established a solid footing in almost all Latin American markets, working extremely hard to secure the foundations for long-term success in the region. They are now using these stepping stones to access Argentina (all-time high 955,000 units in 2013) and Brazil (record 3.6 million units in 2012), where the volumes really are. In Argentina, Chery has started assembling a limited amount of cars locally and as a result has seen a few models make their way up the ladder: both the Chery QQ (#47) and Tiggo (#53) reached their highest ranking so far in the country in March 2013.

In Brazil, JAC broke with the Chinese tradition and chose to enter the market all guns blazing on 18 March 2011, which they called J-Day. They simultaneously inaugurated 50 dealerships across the country and hired a famous TV presenter, Fausto Silva, as their ambassador in a multi-million dollar TV campaign. A very strong base in Latin America’s developing markets should ensure Chinese manufacturers surf on these markets’ predicted explosive growth in the next coming decades. The next challenge is to manage to crack more mature markets like Brazil and Argentina and this will require a much more significant level of investments in the form of large scale manufacturing operations. But the rewards could be priceless: thanks to its brand-new factory producing models tailored to Brazilian tastes, Hyundai has tripled its market share in the space of a few months… No doubt the Chinese are watching with tremendous interest.

This was Part 2 in a new Series on Chinese Car Exports. Part 1, on Africa, was published on March 31.

Matt Gasnier, based in Sydney, Australia, runs a blog named Best Selling Cars, dedicated to counting cars all over the world.