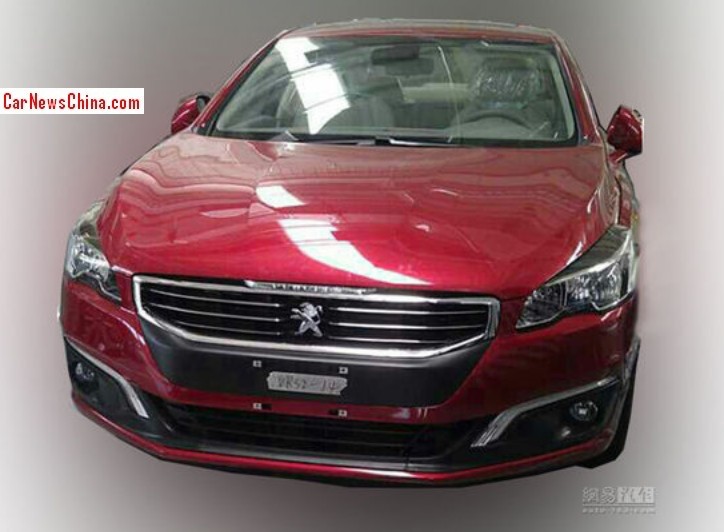 This is the very first photo of the new 2015 Peugeot 508 sedan, spied in the factory in China. The new Peugeot 508 will debut internationally in Q4 and will debut in China on the Shanghai Auto Show in April next year. The 2015 508 comes with a completely new front with a sleek new grille and smaller headlights.

The new Peugeot 508 will be manufactured in France and in China by the Dongfeng-PSA joint venture. The new 508 will be powered by the well-known 163hp 1.6 turbo and by a new 1.8 turbo, delivering 200 or 240hp depending on tune. Platform is EMP2.

The new Peugeot 508 will be moved upmarket, with a price expected to start around 190.000 yuan.