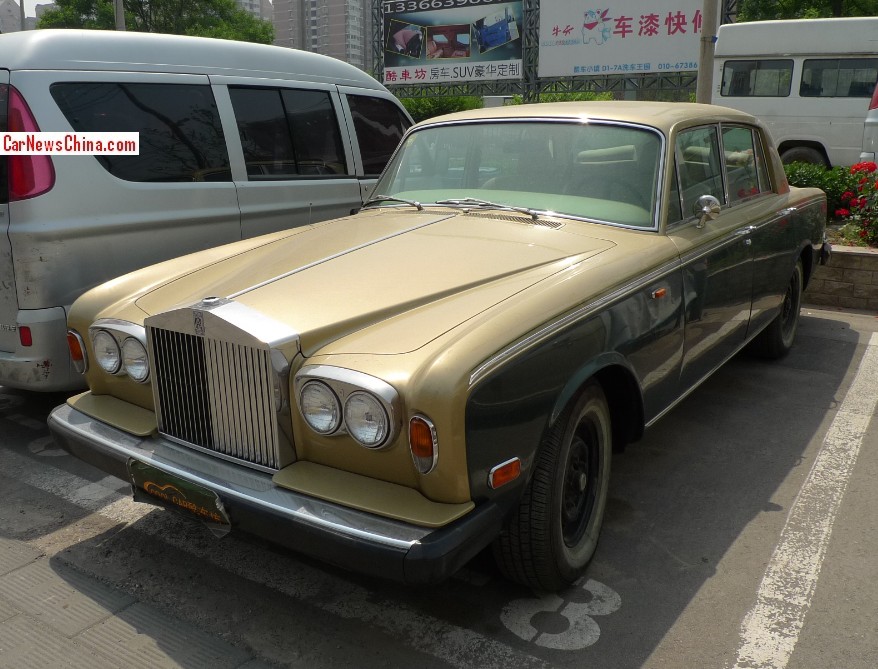 A beautiful Rolls-Royce Silver Shadow II, Spotted in China on the Beijing Tuning Street, looking dusty and dirty, and the Spirit of Ecstasy was missing!The fine Roller was painted in a typical-period two-tone color scheme with dark brown and rather shiny gold. Wheel covers were sadly missing too, but black wheels don’t do the Shadow that much bad. 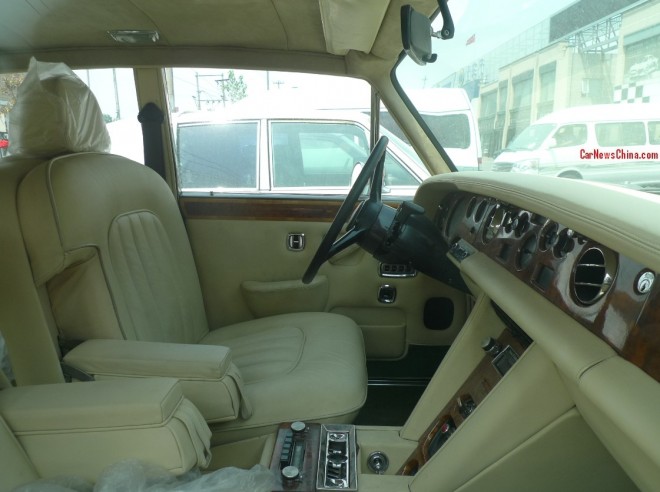 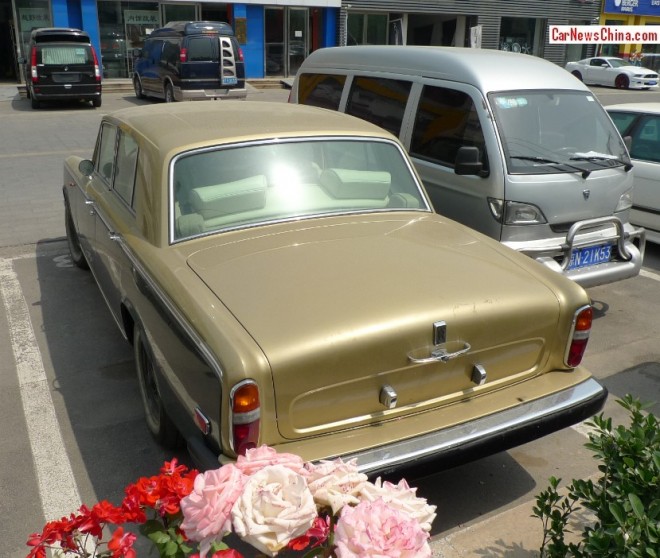 … real roses, living in the wild, a rare rarity in Beijing. The Rolls-Royce Silver Shadow II was manufactured from 1977 until 1980, a very short production run for Rolls-Royce! The Silver Shadow was never officially exported to China so how this fine Roller ended up in the capital is somewhat of a mystery. Coincidentally, this very fine example is already the second Shadow we meet in a very short time. Late last month we met a dusty car in Ningbo. 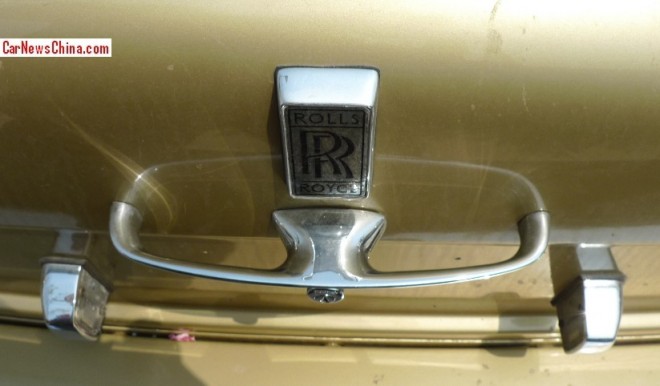 This handle is a work of brilliant British art.

The Rolls-Royce Silver Shadow II was powered by an early version of the famous Rolls-Royce 6.75 liter V8 with 189hp, mated to a General Motors-sourced ‘Turbo Hydramatic 400′ (wiki) transmission.

Most famous feature of the Silver Shadow was a  hydraulic self-levelling suspension system licensed from Citroen, which made the shadowy Roller the most comfortable car in the whole world. 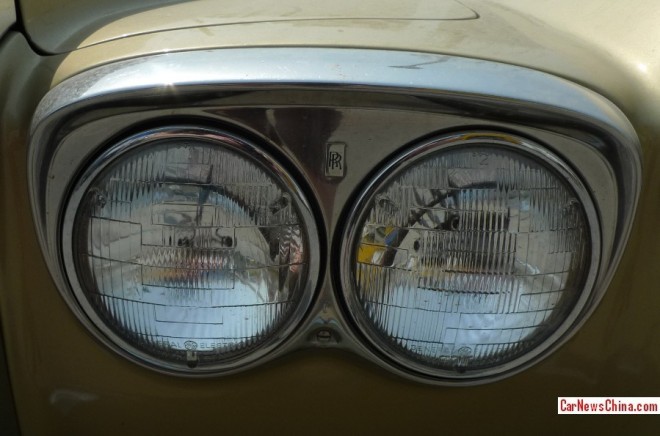 Rolls-Royce logo between the headlights, so the peasants know what is blinding them. 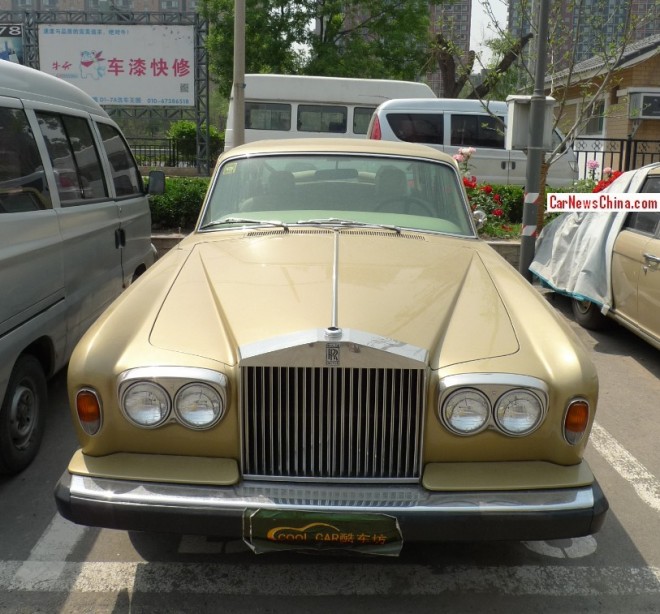 The Shadow was definitely in a drivable condition. Let’s hope one good man fixes the lady, and those wheels, and brings this beauty back in super shape. 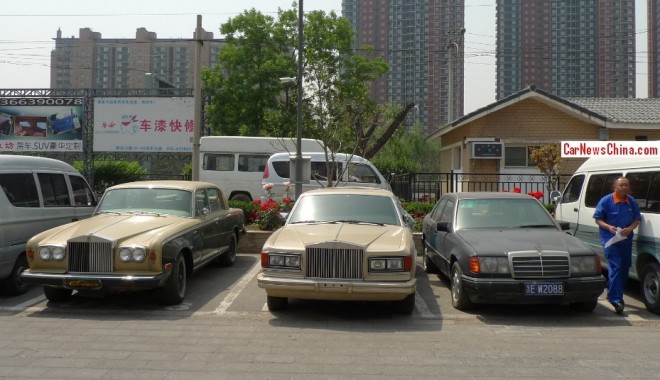 The Silver Shadow was parked next to a Rolls-Royce Silver Spirit and a Mercedes-Benz W124 E-Class, more on the latter in a later post.