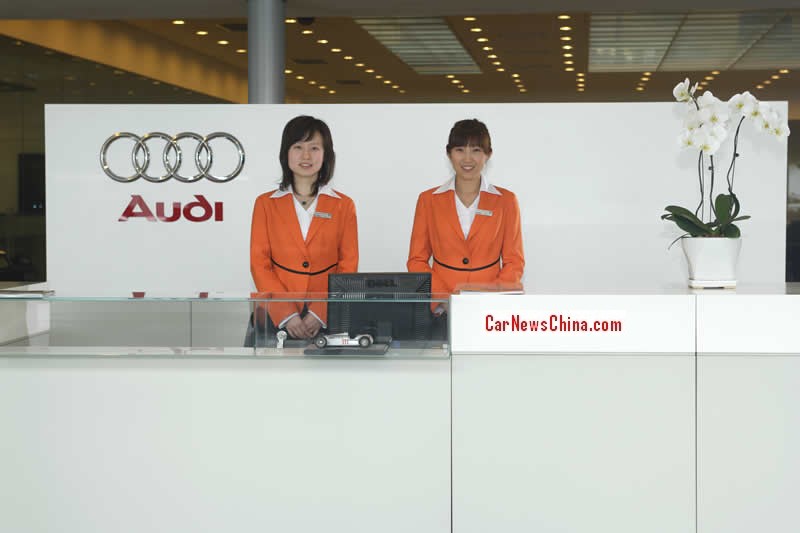 Audi has achieved new record sales figures in the Chinese car market in the first half of 2014, selling a grand total of 268.666 automobiles. That is an increase of 17.8 percent year on year, making Audi the largest premium car maker in China yet again.

“We have thus strengthened our position as the leading premium brand in China,” stated Luca de Meo, member of the board of management for sales at Audi.

“We are well on the way to achieve our target of delivering significantly more than half a million cars to customers in China this year.” He continued.

An important factor for the large sales in the first half of the year is the local production of cars in China. Audi makes cars under the banner of the FAW-Volkswagen joint venture, with factories in Changchun in northeast Jilin Province and in Foshan in southwest Guangdong Province.