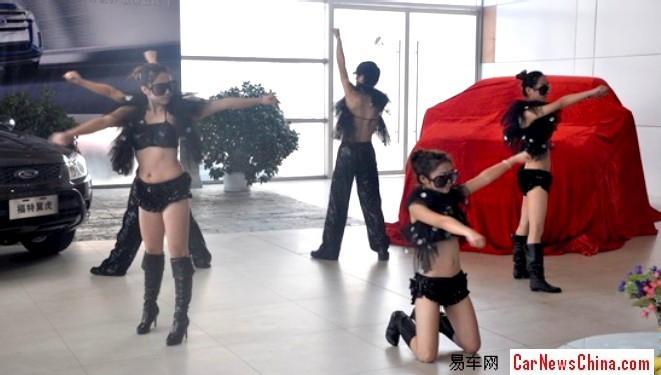 Sales of U.S automakers Ford and General Motors in China are up again, big time. Ford’s China sales rose 35% to 549,256 vehicles this year through June, as the automaker dramatically increases its presence in the world’s largest auto market. GM’s China sales rose 10.5% to 1.7 million vehicles, more than the 1.46 million it sold in the U.S. during the same period.

For Ford, whose sales also increased 17% in June, the results are an encouraging sign that it is beginning to catch up with GM and Volkswagen in China.

“Ford’s strong sales in the first half demonstrate the success of our accelerated China growth plan,” said John Lawler,CEO of Ford China, in a statement. “We continue to grow our sales network, increase capacity and hire great employees – all to deliver the high quality, safety, fuel efficiency and smart technologies that Chinese customers demand.”

Although increasing at a slower pace than Ford, GM’s strong position in China remains one of its biggest assets. The company sold 19% more vehicles in China than it did in the U.S. in the first half of 2014.

“GM has experienced growth in demand for our products across China this year, especially at the higher end of our lineup and in the SUV/MPV segment,” GM China President Matt Tsien said in a statement. “We anticipate sales remaining strong through the end of 2014, as more people – particularly outside China’s major cities – become first-time vehicle buyers.”

Foreign auto companies are required to partner with Chinese manufacturers through joint ventures to make cars there. Although that means splitting profits 50-50, it’s still a crucial market for the U.S. auto industry.

The company’s Jiangling Motors Corp., a commercial vehicle unit in China, recorded a 21% sales increase in the first six months to 132,938 vehicles.

The Buick brand, the most popular American GM brand in China, reported a 12% increase to 460,421 units in the first six months.

GM’s Chevrolet brand, which has charted an aggressive growth strategy in China, continues to trail the automaker’s other brands, rising only 4% in the first sixth months to 335,486 units.

Sales of the Cadillac brand, which has also mapped out an ambitious growth strategy, surged 72% in the first half to 33,760 units.