Facelifted MG6 debuts in China on the Chengdu Auto Show 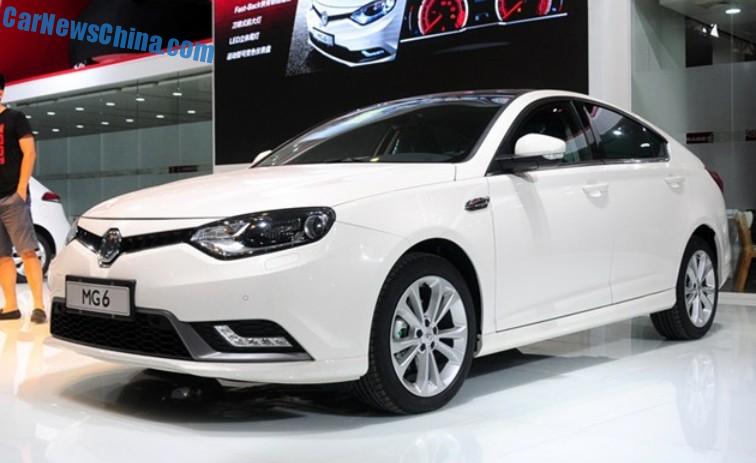 The facelifted MG6 debuted in China on the Chengdu Auto Show. The facelift includes new headlights, a new grille with a large MG logo, a new front bumper, a new rear bumper, new rear lights, and a new boot lid. The facelifted MG6 will be launched on the Chinese auto market in Q4. Price will start around 110.000 yuan and end around 190.000 yuan. 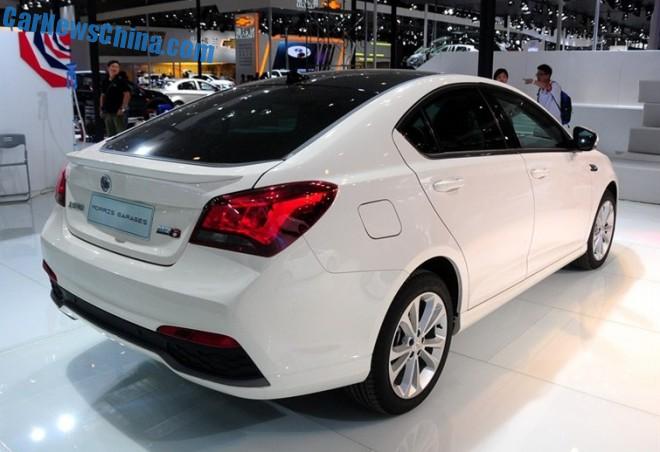 The facelift has worked out rather well, making sure the 6 can continue for at least another two years. Subtle wing on the back. Large black holes in bumper. Engines: 133hp 1.8 and a 160hp 1.8 turbo, both mated to a 5-speed manual or a 6-speed automatic. 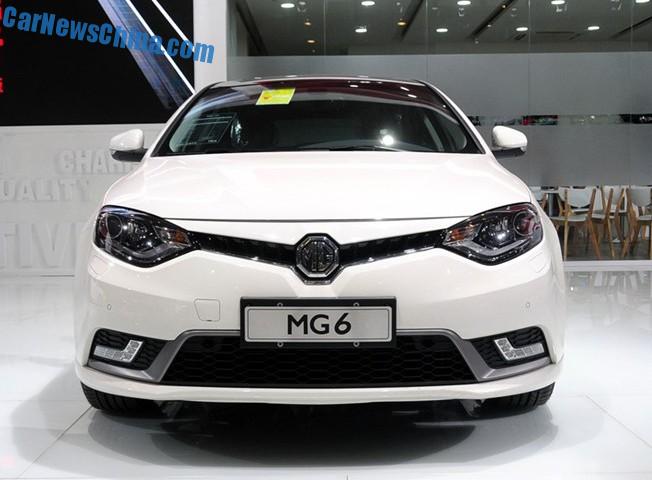 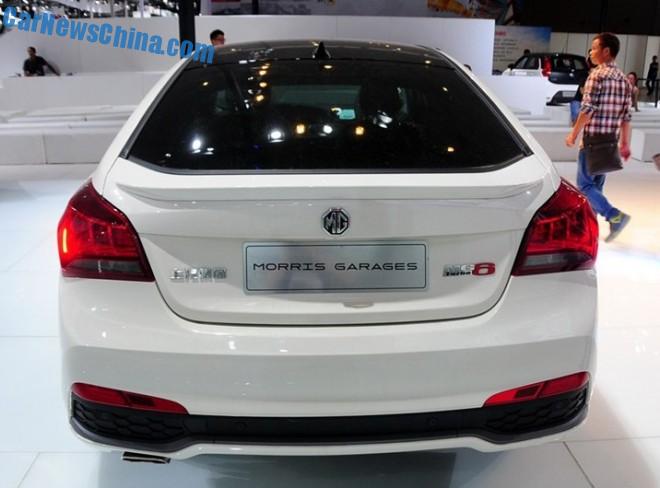 Black holes in bumper are actually fake air vents in bumper. Very flat exhaust pipe there, hanging ugly and strangely under the bumper. 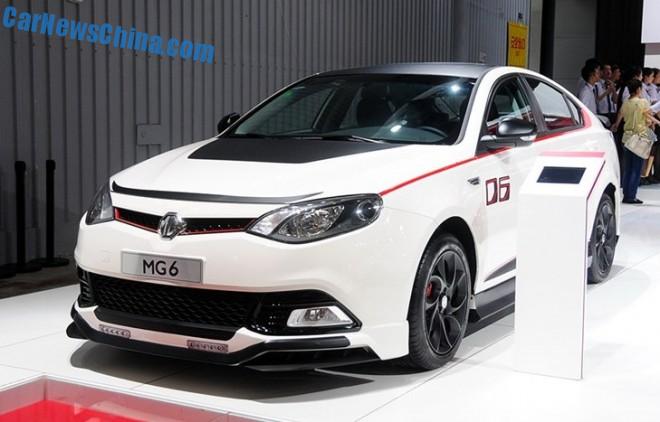 They also had a race car with gray bubbled wind strips on lower bumper. Close-up: