MG GT arrives at the Dealer in China 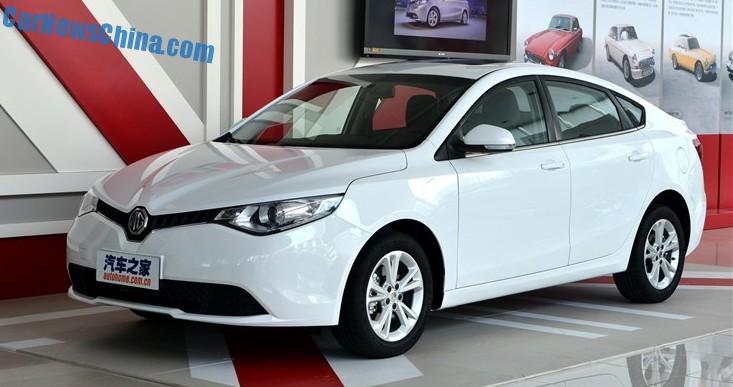 The new MG GT will be launched on the Chinese car market on November first, and the first examples have arrived at MG dealers throughout China. Price will start around 120.000 yuan and end around 150.000 yuan. The MG GT officially debuted in a box on the 2014 Chengdu Auto Show. 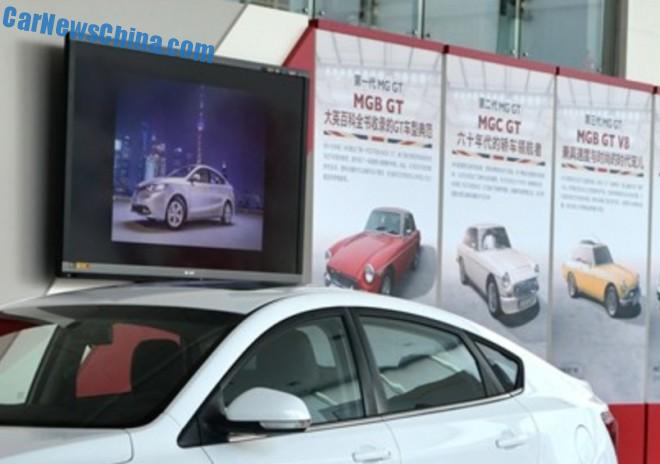 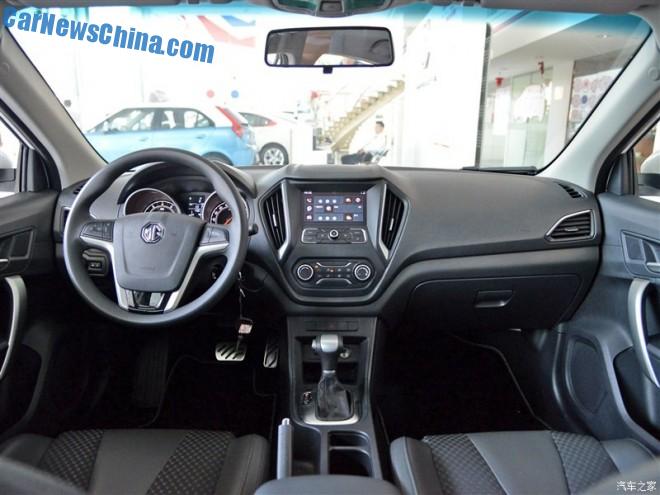 Interior looks solid but not as exciting as the exterior. It is all a bit too gray. Seats kinda hip. 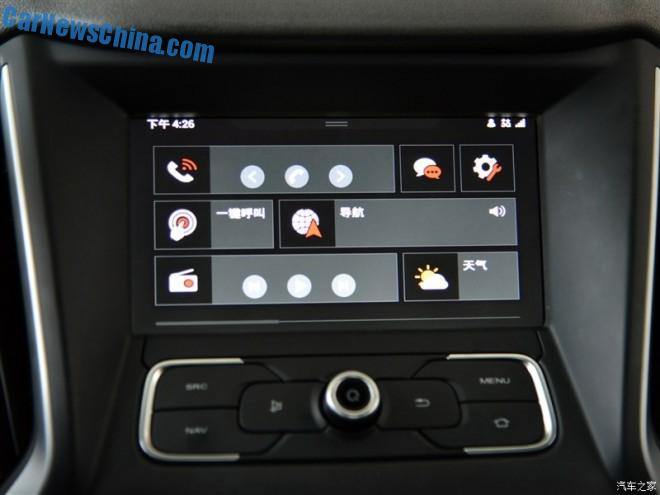 Very clear screen. The MG GT will be equipped with a permanent 3G internet connection, TV, and a full-spec infotainment system. 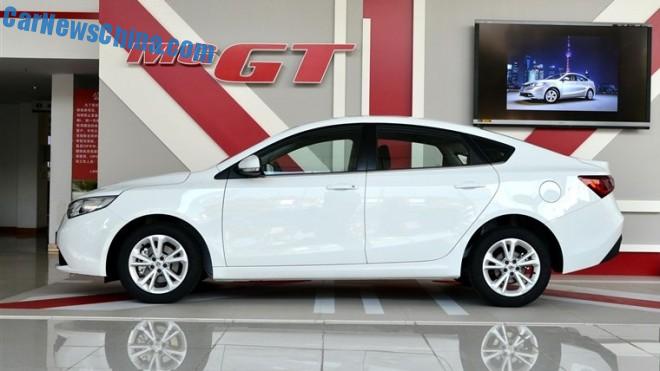 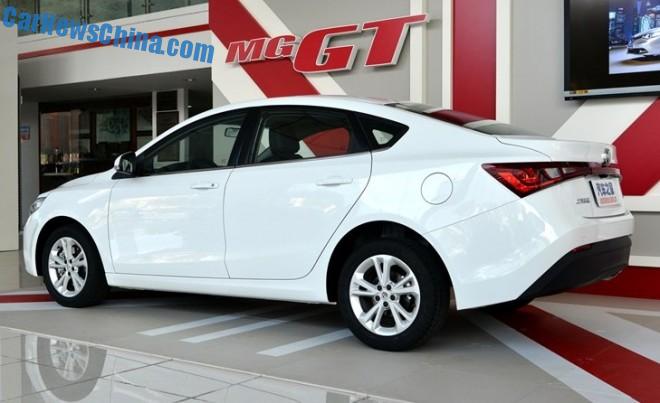 The MG GT looks like a fastback but is a sedan. Wheels look awfully small. 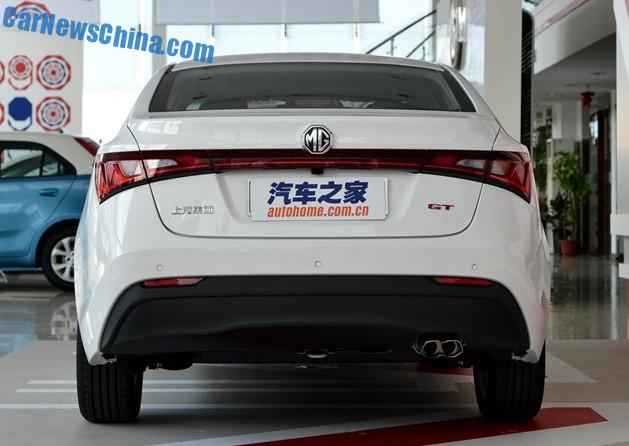 Rear light defines rear. Exhaust pipes are hidden on the right side of the high riding black bumper. 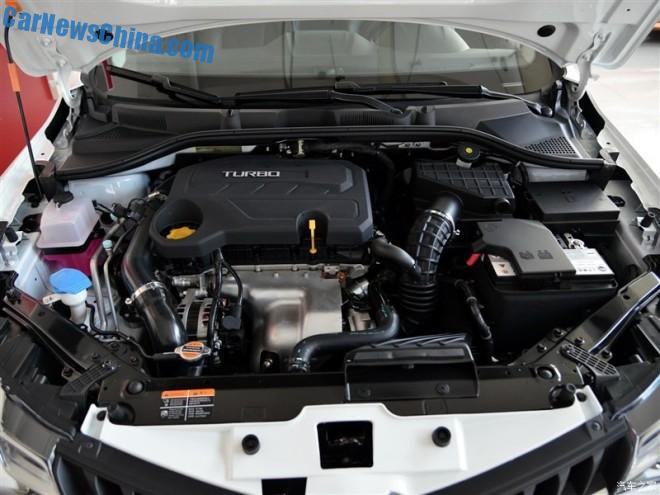 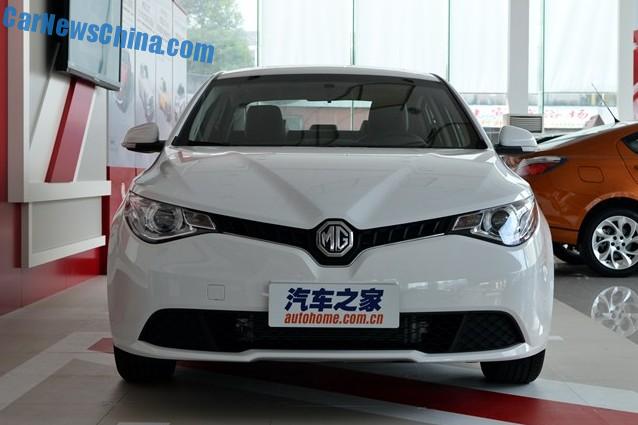