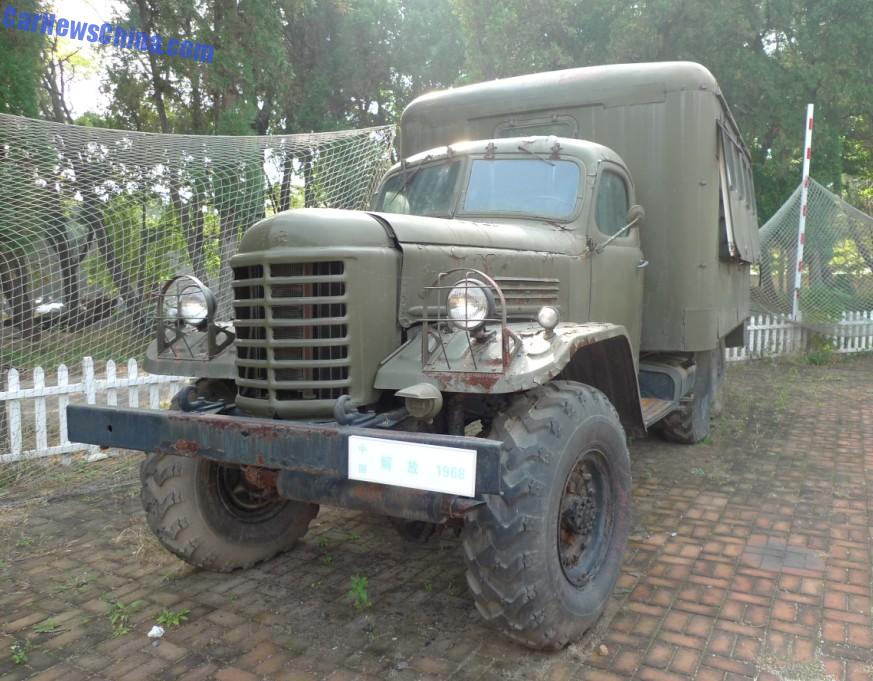 Today in China Car History the massive Jiefang CA30 6×6 off-road army command vehicle, Spotted in China at the Dalian Classic Car Museum in the great city of Dalian in Liaoning Province. The truck was in a rather poor condition. Parked out in the open,  neglected, dirty and rusty, all but forgotten. That ain’t no way to treat a brave soldier! 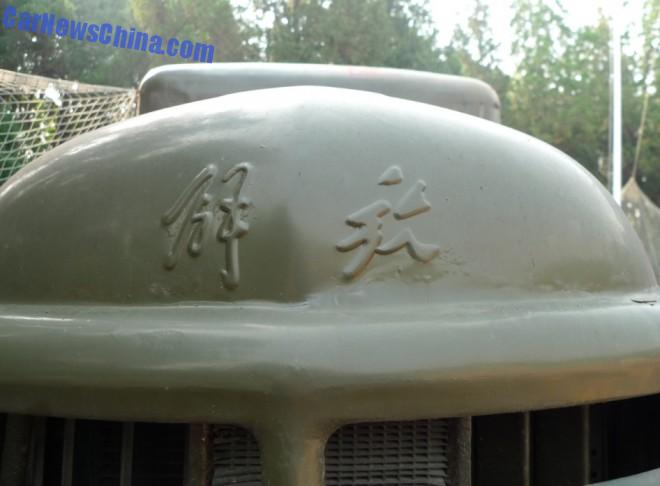 Jiefang (解放) means Liberation. Jiefang is a commercial vehicle brand of First Auto Works (FAW). The Jiefang CA30 was the 6×6 off-road variant of the Jiefang CA10, which we met earlier on at the same museum in firetruck form, and then as a water truck in Beijing. 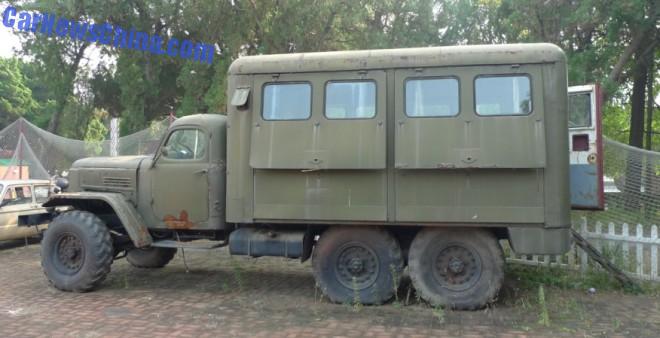 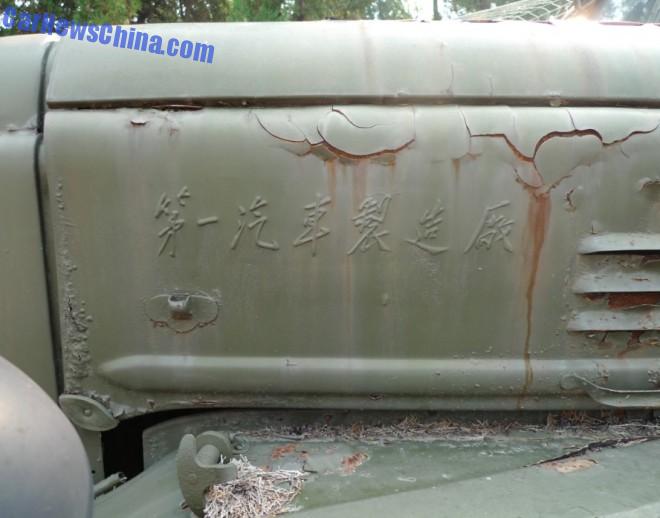 The Jiefang CA10/CA30 was developed with assistance of the Soviet Union. It was based on the Soviet ZIS-150 which again was based on the American International KR-11 which was supplied in great numbers to the Soviet Union during WOII under the Land-Lease agreements. So this great American truck became a great Soviet truck and finally ended up as a great Chinese truck, in exactly the same way as the well-known Nanjing NJ230 truck. 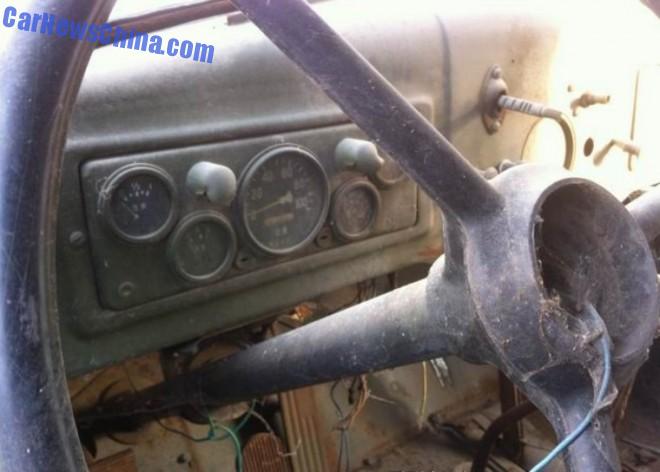 Power came from a 5.6 liter six-in-line diesel engine with an output of 90 horses at 2400rpm. Transmission was a 5-speed manual. Top speed of the base CA10 was 65km/h and fuel consumption a whopping 29 liter per 100 kilometer. This heavy 6×6 CA30 will likely drink quite a few liters more. 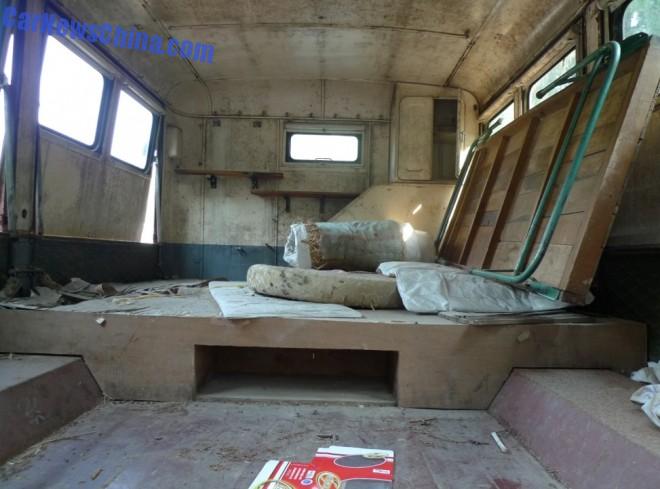 A command vehicle is basically a mobile command post, from where a commander can direct his troops in the field. Such vehicle is normally equipped with a table for reading maps, seen standing on the right side, and communications gear, which has been removed here. The off-road capabilities of the CA30 gave the high command the added flexibility of being able to hide up in the mountain, enabling troops to hide or to surprise-attack. 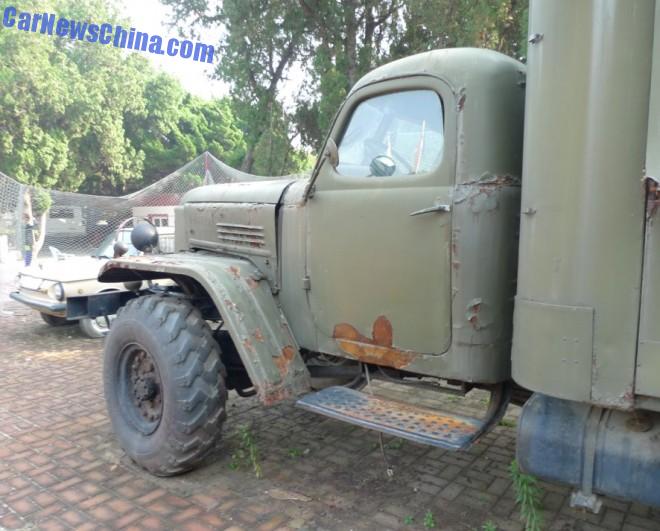 Poor old truck in need of a lot of love, but she still got her original mirrors! Note ZAZ 968M in the background. 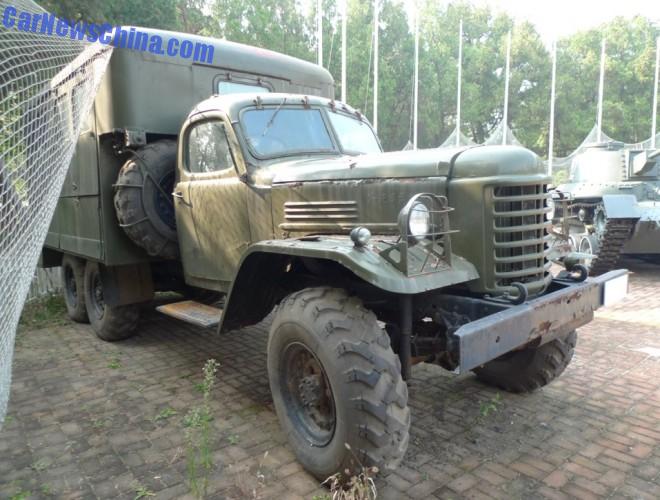 Massive steel bumper with twin-hooks for pulling lesser vehicles out of the mud. Front lights safely protected for it can be dark up mountain. Brilliant truck!