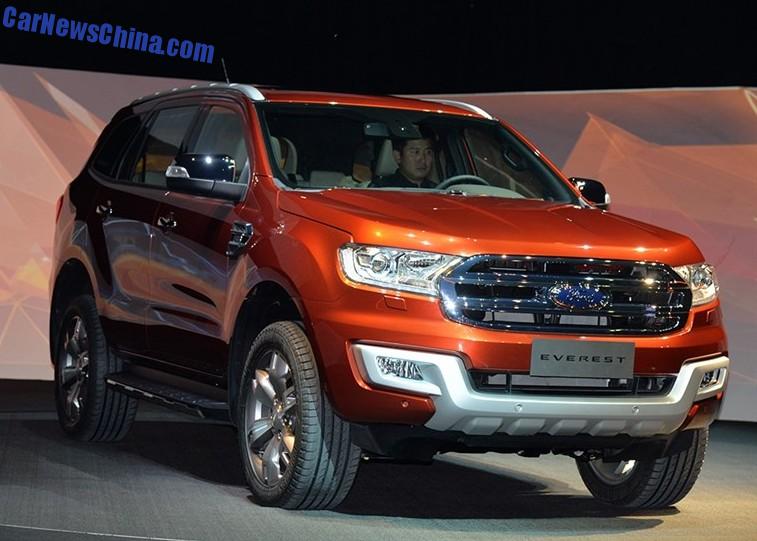 The new Ford Everest SUV has been unveiled in Beijing. The Ford Everest is a large body-on-frame SUV for Asian markets developed to take on cars like the Toyota Land Cruiser Prado and Jeep Grand Cherokee. The Everest will be manufactured in China by the Jiangling-Ford joint venture. 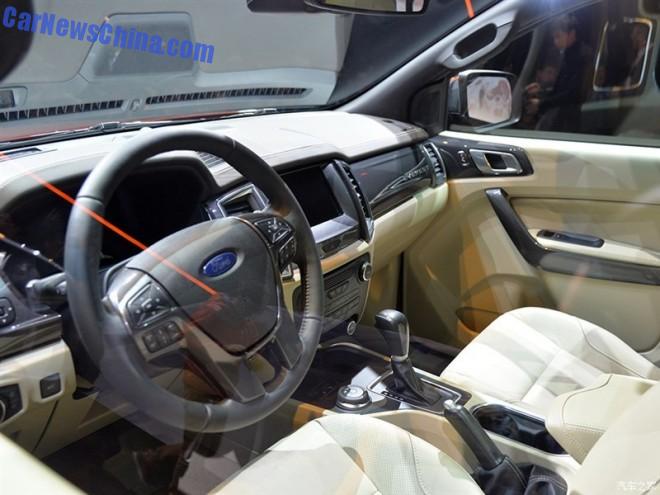 Mass production is set to start near the end of the year with a launch on the Chinese car market in Q1 2015. The Ford Everest will be available with these engines: a 2.0 turbocharged Ecoboost four-cylinder petrol with 238hp and 360nm, a 2.2 turbocharged Duratorq four-cylinder diesel engine with 150hp and 385nm, and a 3.2 turbocharged Duratorq diesel engine with 200hp and 470nm. Transmissions are a six-speed manual or a six-speed automatic, sending power to all-four wheels. The Everest appears to be a capable off-roader with a 22.5 centimeter ground clearance, an active-demand torque splitter, and 29-degree approach and 25-degree departure angles. 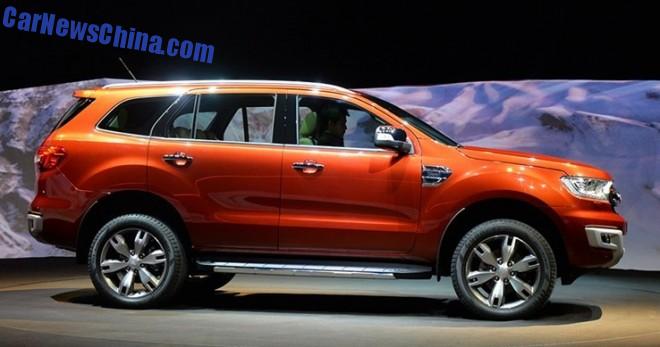 The Jiangling-Ford joint venture makes the Ford Transit and Ford Transit Classic, and will add the Ford Explorer and the Ford Transit Connect in the near future. The Ford Everest will have its public debut on the Guangzhou Auto Show later this month. Price will range from around 300.000 to around 450.000 yuan. 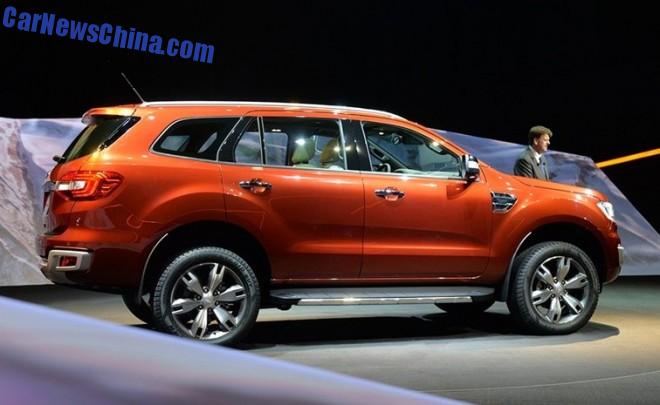