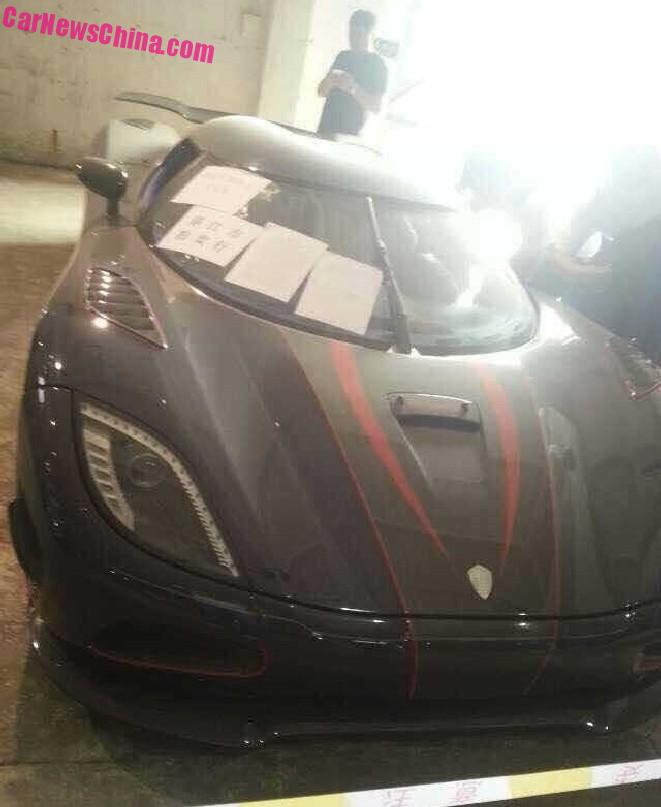 Sensational photos of the one-off Koenigsegg Agera R BLT that was impounded by Chinese customs in October 2012. The extremely powerful supercar still sits in a customs warehouse in the city of Zhanjiang in Guangdong Province. The photos date from November last year, showing a very dirty and very tired car after two years idle.

Sources (unnamed, this is a sensitive matter) say the vehicle will be auctioned off by customs sometime in the first quarter of this year. The original owner, who never got to drive his car, is a Chinese businessman living in Kunming, the capital of Yunnan Province. The same sources say he declined to bid on the BLT because he wasn’t interested in the Swedish monster any more, after he got himself a Ferrari LaFerrari (this very one!), which apparently managed to pass customs legally. 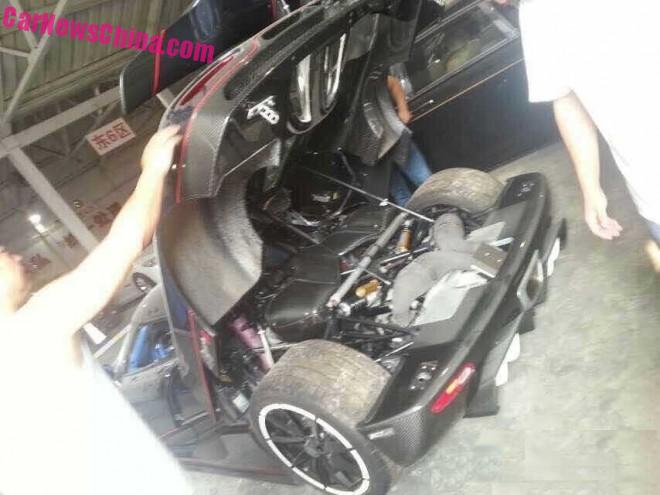 That engine doesn’t look like it has been fired up.

The Agera R BLT is a one-off based on the Agera R. It was commissioned and shipped in September 2012 and impounded in October. The owner allegedly tried to evade China’s infamous draconian import taxes by airplaning the vehicle to Malaysia first, register it over there, and then ship it to Guangzhou. Chinese customs however weren’t that stupid and seized the bitch! Official import taxes were said to be as much as 2.35 million USD, on a total price of 4.7 million USD.

The incident happened just when a major anti-smuggling campaign was underway, part of a larger anti-corruption and anti-crime campaign instigated by Xi Jinping, who became president of China in November that year.  And that made it politically so sensitive that this car went down in mystery land for more than two years. 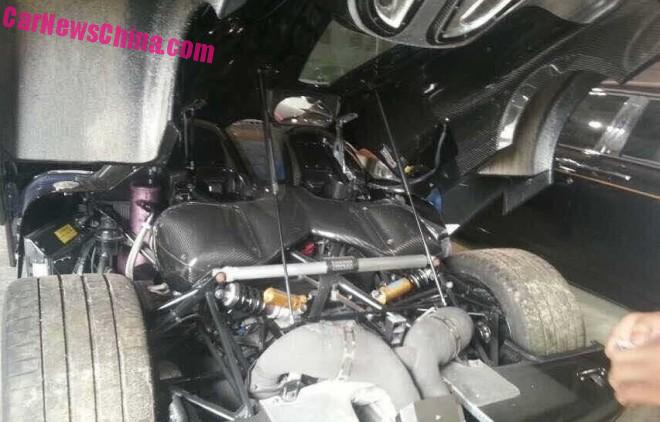 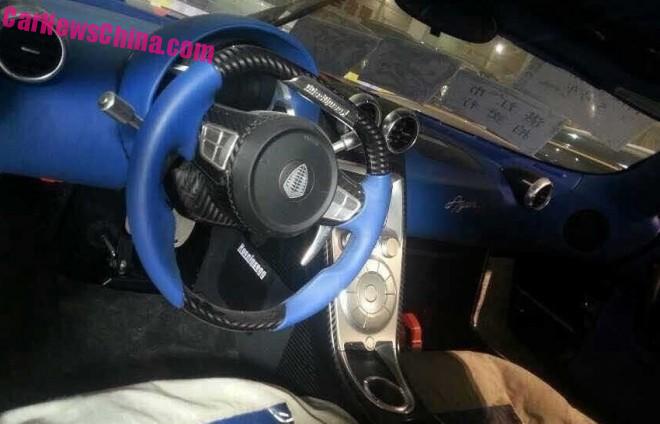 The Agera R BLT was painted in tinted blue and set off with red pinstriping. The interior was completely bespoke with lots of blue leather and lots of carbon fiber. A car worthy a crime! The steering wheel is upside down, which doesn’t bode well for the current condition of the steering system.  Any way, let’s hope this special egg gets on the road one day. We will try to keep track of her, she just too pretty to lose again. 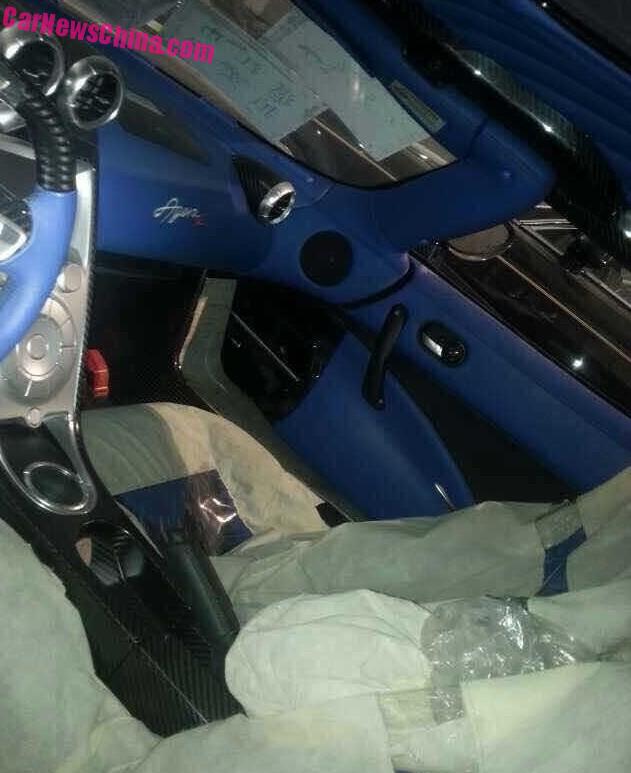 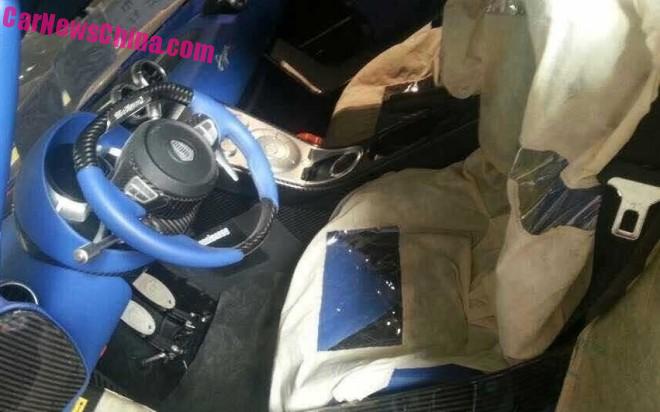 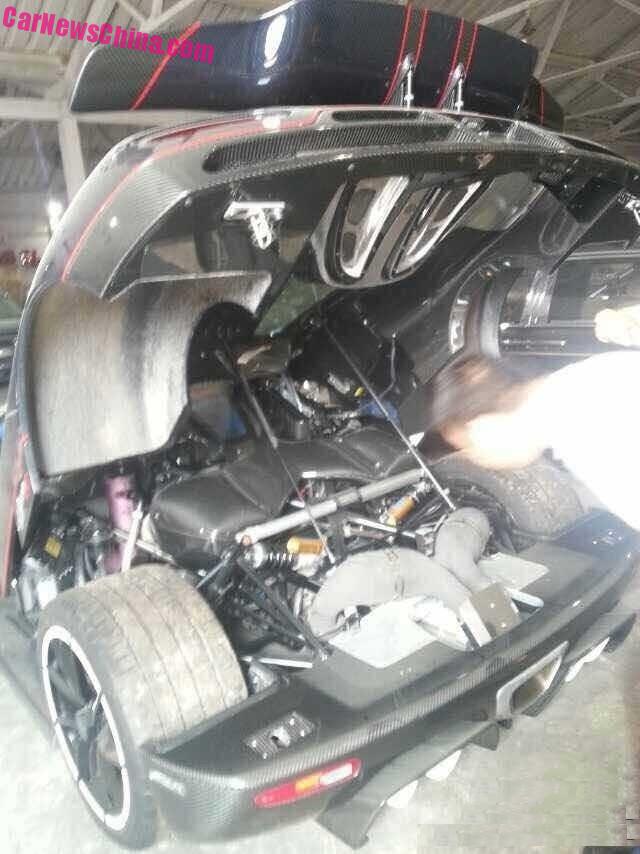 Note red striping on the underside of the giant rear wing. And white wall tires!