2016 Toyota Prius leaks in China, showing it ALL 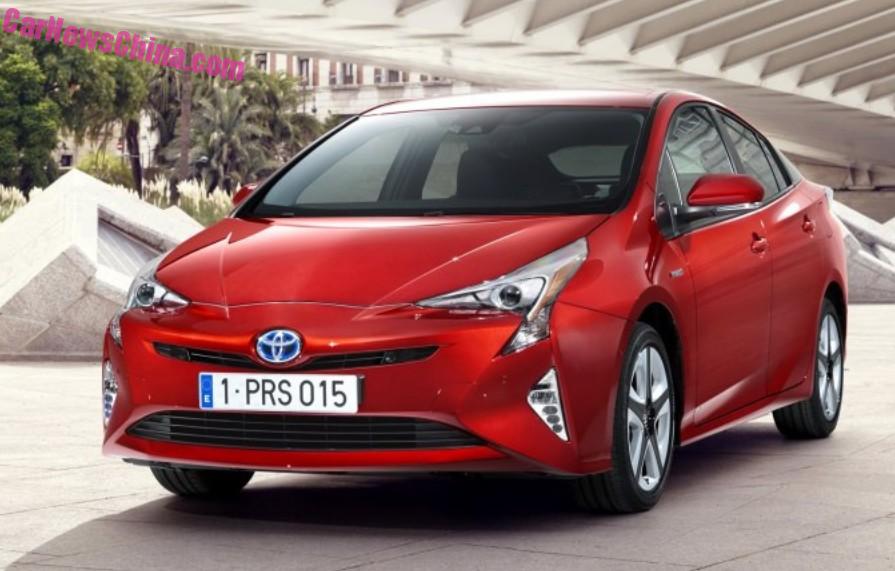 An absolutely daring design and one you won’t easily miss on the road, or forget when you get home, or when you sleep. That is probably a good thing for the ultra hip in San Fransisco and Shanghai, but mainstream..? An the other side, the first Prius was daring too when it arrived, and it certainly outsold all expectations. 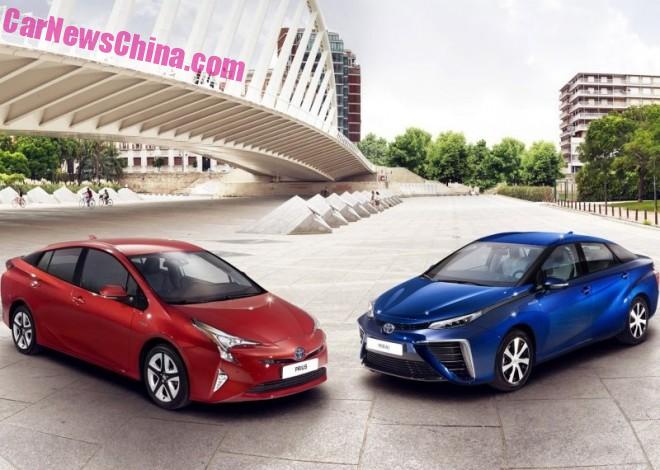 With the Mirai fuel cell vehicle. The Prius looks pretty in comparison. 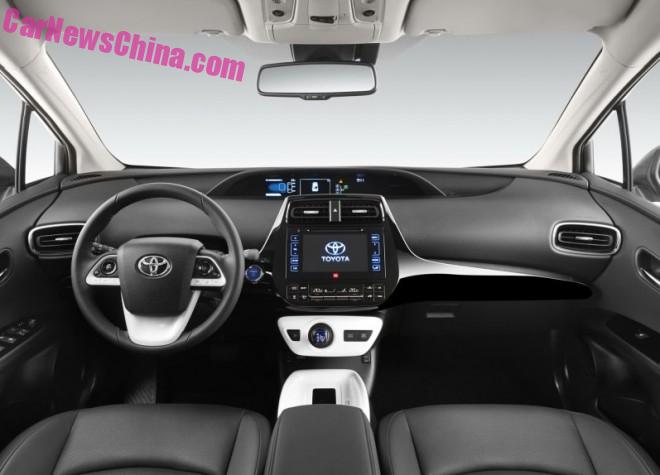 The interior is completely new. Central instrument pod and a large touch screen in the center console.

A few specs have come up with the pics: the 2016 Prius stands on a new ‘TNGA’ platform. The petrol engine is a 1.8 liter four. Combined output of the hybrid system is 150 hp. Range in pure electric mode is up to a massive 56 kilometer, compared to only 17.7 kilometer on the old Prius. No word yet on range, but rumors say it will be somewhere around 60 mpg. A photo, see below, of the instrument panel shows an average fuel economy of 4.0 liter per 100 kilometer. 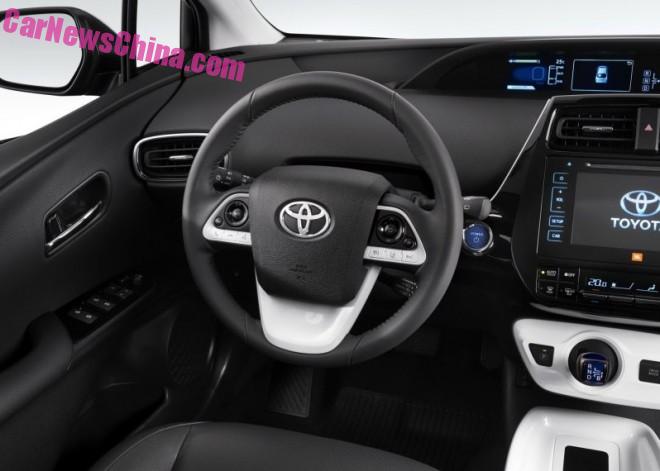 Steering wheel rather simple for such a high tech car. Start-stop button in blue. 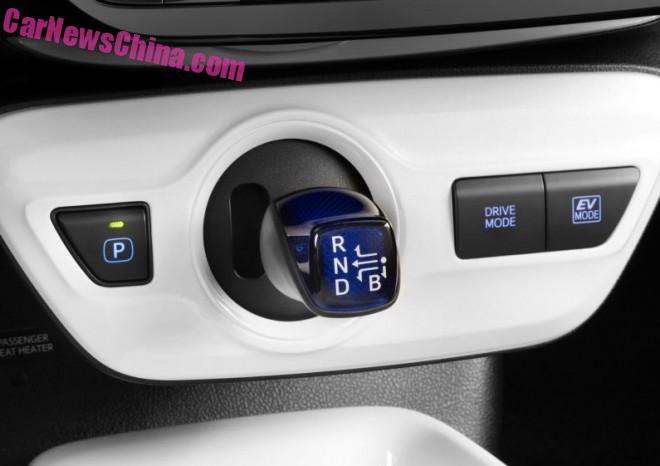 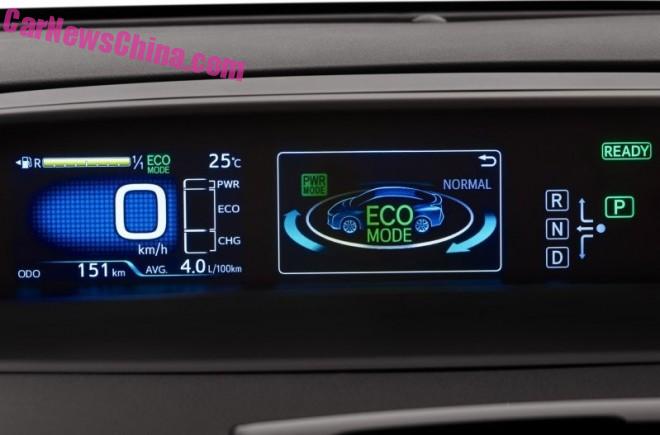 The instruments reveal an average fuel economy of 4.0 liter per 100 kilometer. 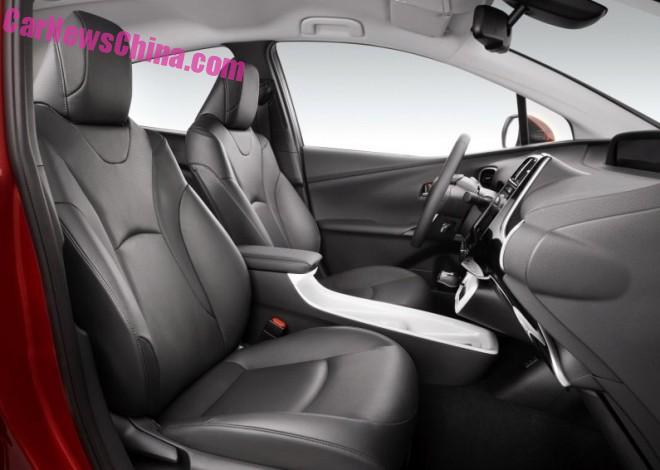 Sporty seats, sleek center tunnel, but a lot of gray and some more gray. 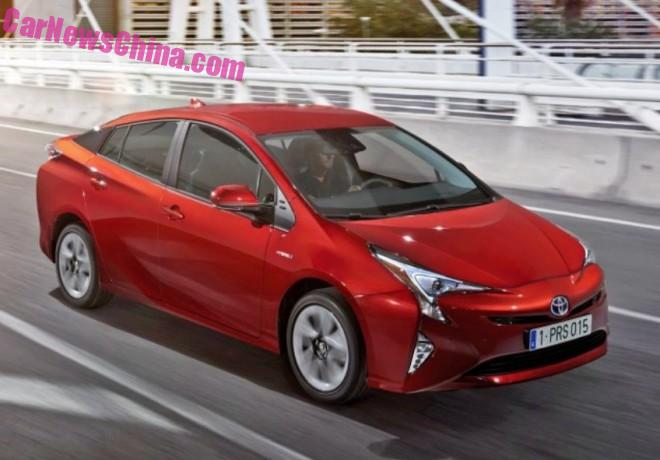 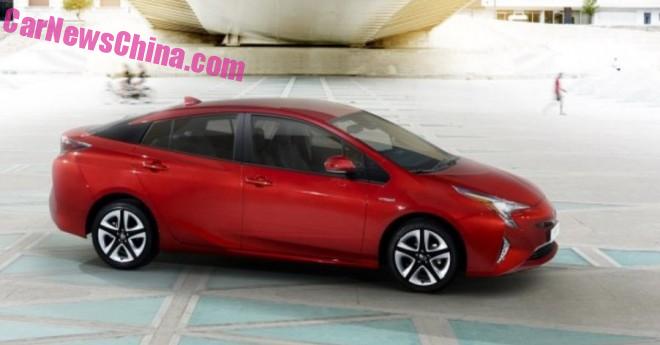 Parked under a tunnel. 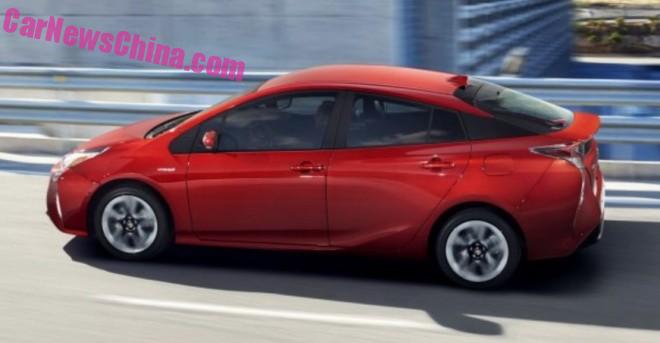 Shark fin antenna and a rather large spoiler on the rear. 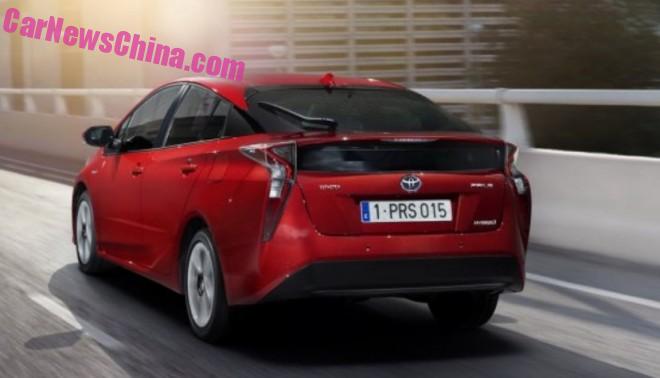 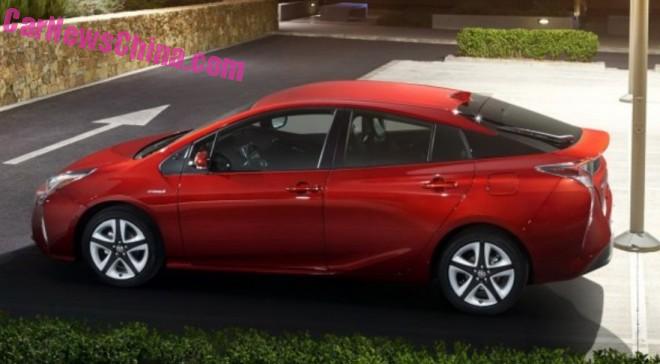